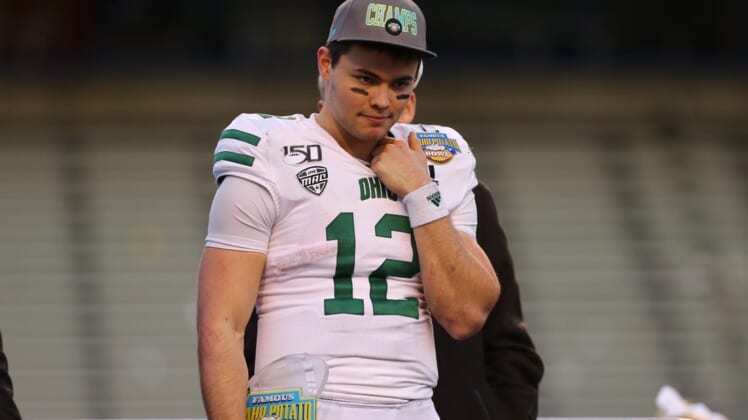 B.C. Lions quarterback Nathan Rourke will have surgery on his right foot to repair a Lisfranc sprain.

Rourke sustained the injury during the Lions’ game against the Saskatchewan Roughriders on Friday. Although there is no timetable for his return, the team is hopeful that the surgery will not be season-ending.

“It has been determined that the best course of action is for Nathan to undergo surgery, which will happen very soon,” the team said in a statement. “The club remains hopeful that the surgery and subsequent rehab will open the door for a return late in the season.”

The 24-year-old Rourke was on pace for a historic season, leading the CFL in passing touchdowns (25), passing yards (3,281) and completions (248). He also had the highest completion percentage (79.2 percent) among quarterbacks with at least 50 pass attempts.

His most notable performance came on Aug. 6 against the Edmonton Elks, as he completed 34 of 37 passes (91.9 percent), which was good for the third-highest pass completion percentage in a single game in league history. He gained 477 passing yards with five touchdowns.

A native of Victoria, British Columbia, Rourke played three seasons at Ohio University before heading back home to play professionally. He threw for 7,457 yards and 60 touchdowns during his time with the Bobcats.

B.C. is set to face the Roughriders again next Friday, and Michael O’Connor will start in place of Rourke.