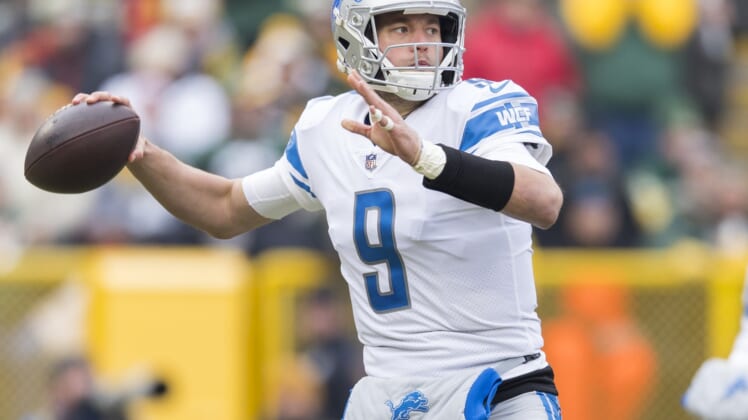 An offseason of rumors surrounding Detroit Lions quarterback Matthew Stafford’s future with the team seemed to be nothing more than smoke.

Now fully recovered from the back injury he suffered during the 2019 campaign, Stafford is about to embark on his 12th season with the Lions. They made no play to get a quarterback atop the 2020 NFL Draft and are relying on the Pro Bowler over the short term.

Despite this, it is rather interesting to learn that Stafford and his wife, Kelly, have put their Detroit-area mansion on the market for a cool $6.5 million.

What exactly does this mean from a football perspective? Most likely nothing. Stafford and his wife renovated the property back in 2016. They had previously purchased the 1.27-acre estate back in 2013. This could be a way to turn a profit. Though, the current economy might suggest that’s not the case.

For their part, the Staffords are expecting a fourth child late this summer. That could have also played a role in their decision-making process.