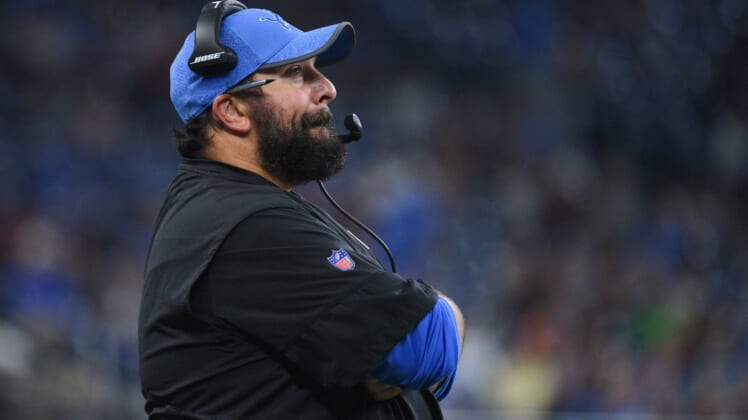 In major NBA news this past Monday, Golden State Warriors star Stephen Curry said that he does not believe that anyone ever landed the moon. After all, he is entitled to his opinion.

Though, somehow this topic came up at the Detroit Lions’ press conference. Obviously very disinterested in discussing Curry and his moon theory, head coach Matt Patricia muttered something about the Bills who the Lions next play. Then, he did a classic Bill Belichick departure from the podium.

And then he walked off the podium

Clearly, Patricia has his mind on football. The Lions are slowly drowning in the NFC North with a 5-8 record. Though, an upcoming clash with a 4-9 Bills could see Patricia’s team notch another victory.

In regards to Curry, he currently has a standing invitation from NASA to take a live look at actual rocks that were collected on the moon.