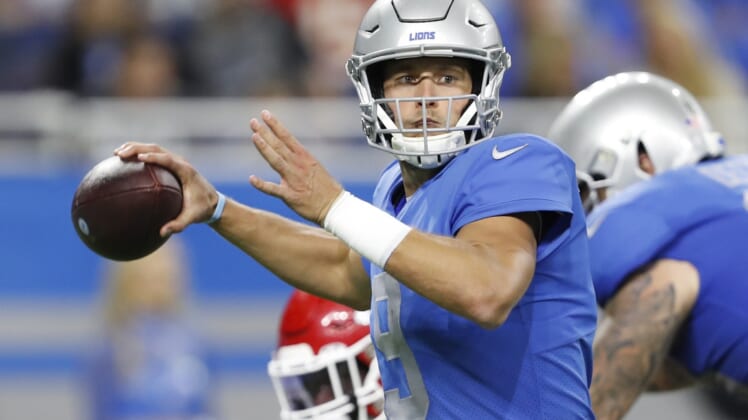 Matthew Stafford hasn’t played since the first weekend of November due to fractures in his back, but the Detroit Lions won’t place him on injured reserve.

Head coach Matt Patricia told reporters Monday that the Lions are “leaving the door open” for Stafford to come back this year, per Michael Rothstein of ESPN. Patricia said the team is doing this out of respect for Stafford.

In reality, it makes no sense to keep Stafford on the active roster this season. The Lions are one of the NFL’s worst teams and enter Week 14 with a record of 3-8-1. The team has no chance of doing anything other than just surviving the rest of the season.

With that in mind, the most logical course of action would be to place Stafford on injured reserve, let him get fully healed up for the 2020 season and hopefully land some more elite talent with a top draft pick.

In eight games played this season, Stafford passed for 2,499 yards with 19 touchdowns and five interceptions.