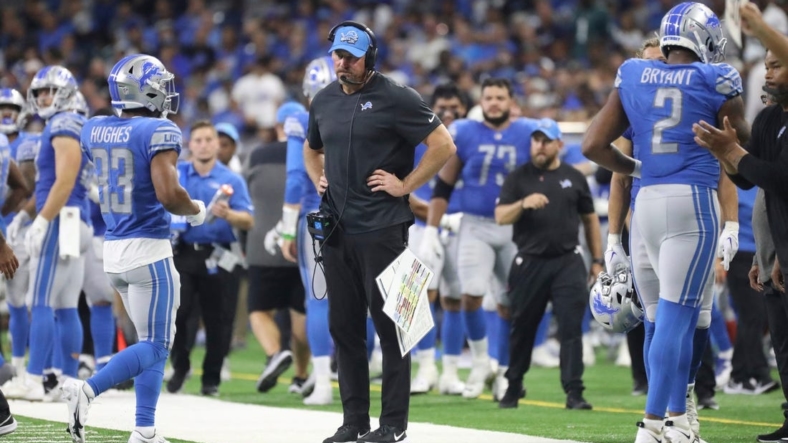 Dan Campbell is the people’s choice for NFL Coach of the Year through two weeks of the 2022 season.

The Lions are 1-1 but tested the Philadelphia Eagles in a furious comeback that fell short in Week 1. At BetMGM, Campbell is on 24.3 percent of Coach of the Year futures tickets and as 18.3 percent of the total handle in that market.

Dolphins first-year head coach Mike McDaniel has become the favorite on the board after a 2-0 start, dropping from +1600 to +500 two weeks into the season. Still, he’s named on just 3.7 percent of tickets at BetMGM with a whopping 24.2 percent of the total handle.

Campbell is behind Jaguars coach Doug Pederson and Chargers coach Brandon Staley on the board.

But there’s no doubt that Campbell, the former NFL tight end, became a relatable follow almost instantly when the Lions introduced him prior to the 2021 season. He has the vocabulary of a left-lane trucker and the intensity of the underdog fighting for every inch of respect.

Detroit flopped in 2021 but after adding more young talent, including No. 2 pick Aidan Hutchinson, the Lions garnered national attention as the featured attraction on “Hard Knocks.” The HBO documentary further revealed Campbell as the tobacco-chomping everyman with the motivational angles to get the most out of his overlooked group.