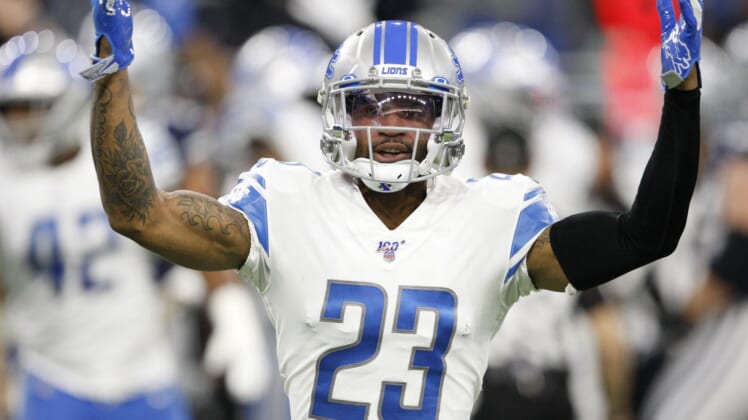 While the Detroit Lions won’t be trading quarterback Matthew Stafford this offseason, it seems cornerback Darius Slay’s future with the organization is far more uncertain. In fact, the Lions are already looking into trade options for their top cornerback.

Lions general manager Bob Quinn revealed to reporters on Tuesday that the team is currently looking around the league at potential trade destinations for Slay. While the team is only gathering information at this stage, moving the 29-year-old cornerback is a realistic possibility.

There is increasing speculation within the NFL that Detroit will trade its Pro Bowl cornerback. Slay is seeking a contract extension that would make him one of the NFL’s highest-paid corners. Given he is only under contract for one more season and any team that acquires him will need to reward him with an extension, the price to acquire Slay is reasonable.

The Los Angeles Rams and Denver Broncos are currently the favorites to land the three-time Pro Bowl corner. As the offseason heats up, though, more NFL teams will certainly get involved.