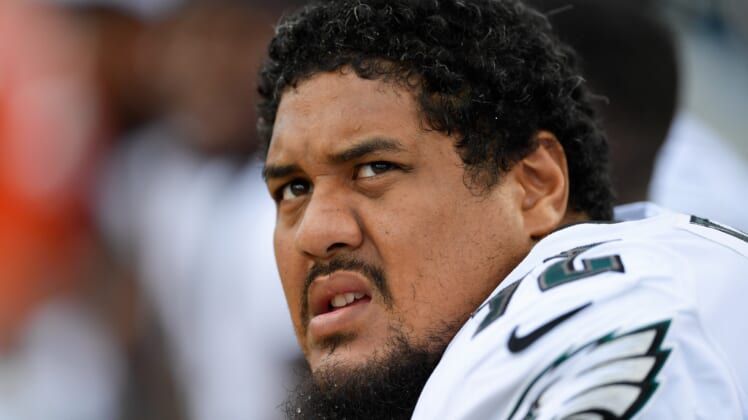 With moves coming in fast and furious around the NFL during the first day of its legal free-agent tampering period, this deal represents the most massive overpay thus far.

Here’s why: The 26-year-old offensive tackle has started a combined 20 games in four seasons with the Philadelphia Eagles. That’s a total of $2.5 million per start. It’s absolutely absurd given the contract All-Pro tackle Jack Conklin received from the Cleveland Browns earlier on Monday.

Detroit obviously needed to find an upgrade at tackle in front of Matthew Stafford. But in no way is this it. According to Pro Football Focus, Vaitai ranked 77th among tackles in pass protection last season. That’s not even starter-caliber.

Just a continuation of struggles: Detroit signed fellow offensive tackle Ricky Wagner to a five-year, $47.5 million deal back in 2017. He started 40 games in three seasons with Detroit before being released earlier this month.

There’s absolutely nothing to like about Detroit’s decision to hand Vaitai $50 million in cold hard cash. Once again, the Lions decided to overpay for another teams’ castoff.

This has been a continuing theme for the Lions under Quinn and prior to his arrival. The idea of duplicating the model he used with the New England Patriots was foolish in the first place.

It now looks like Detroit is going in a different direction altogether. In a vacuum, that also can’t be seen as a good thing.