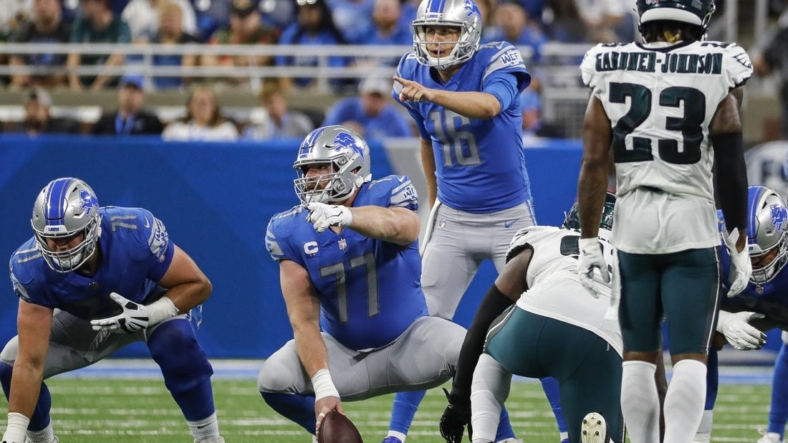 Detroit Lions center Frank Ragnow will miss Sunday’s game against the Washington Commanders due to groin and toe injuries.

Ragnow missed practice on Friday for the third straight day due to the ailments. The 2020 Pro Bowler played through a groin injury during the season opener against the Philadelphia Eagles and then injured a toe during the contest.

Evan Brown is slated to start at center in place of Ragnow.

Running back D’Andre Swift (ankle) was a limited practice participant and is listed as questionable for Sunday’s game. Swift missed practice on both Wednesday and Thursday.

Swift rushed for a career-best 144 yards on 15 carries with a touchdown against Philadelphia.

“I think he’s doing a great job managing it,” Lions running backs coach Duce Staley said of Swift on Friday. “You know going into the next game, if you’ve got something that’s lingering, you know how to take care of it, and he does. And that’s where he’s gotten better, so I have all confidence in him.”