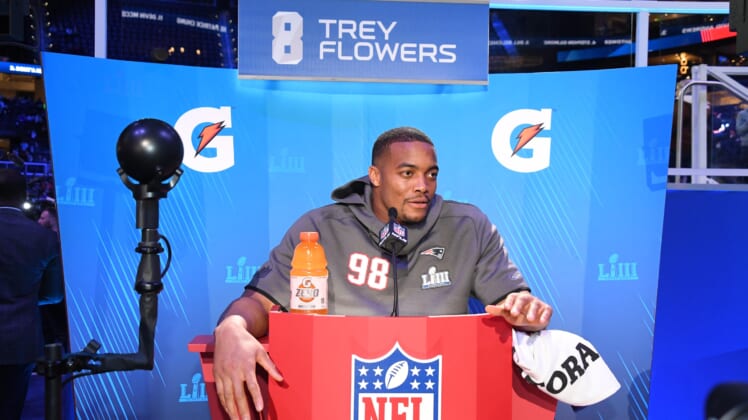 A few weeks after placing prized free agent Trey Flowers on the physically unable to perform (PUP) list, the Detroit Lions activated Flowers from the list on Saturday.

Flowers originally landed on the PUP list on July 22 as part of his recovery from offseason shoulder surgery. Detroit’s head coach Matt Patricia never seemed too concerned about Flower’s availability for the season and it’s now clear that he was always expected to be cleared fairly quickly.

Detroit invested heavily in improving its pass rush this season by signing Flowers and defensive tackle Mike Daniels. The duo should help significantly improve the team’s ability to win at the line of scrimmage this season.