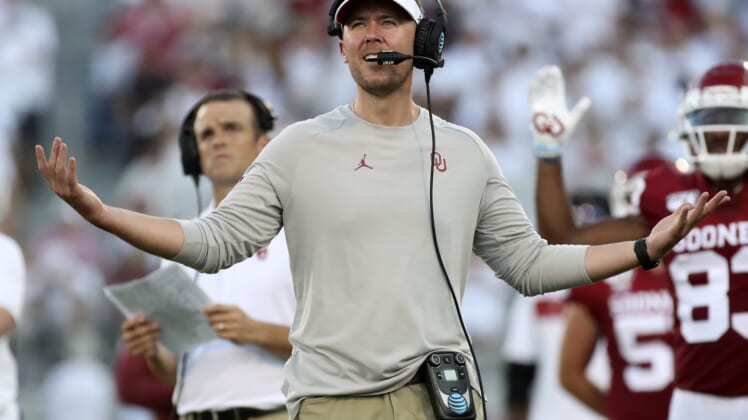 As some of the top athletic conferences across the country begin to make plans to bring student-athletes back to campus in a few weeks, one of the top coaches in college football is pushing back against the idea.

More than a month after the University of Oklahoma suspended all in-person activities through July 31 due to the COVID-19 pandemic, many programs are looking to beat the Sooners return to the practice field. While the Southeastern Conference plans a vote to bring student-athletes back to campus on June 1, Oklahoma head coach Lincoln Riley is blasting the idea of such an early return.

“Bringing players back on June 1st is one of the most ridiculous things I’ve ever heard,” Riley said, via Sports Illustrated. “But I do believe if we do it right and we don’t get ahead of ourselves, we’ll be able to play a season.”

Riley’s stance couldn’t be more different from another prominent coach within the state. Oklahoma State Cowboys coach Mike Gundy drew intense criticism in April for suggesting his players should return to campus immediately. While Gundy didn’t see any risks for the young men on his team, Riley clearly feels bringing student-athletes back this early is too dangerous.

The SEC is only considering allowing its schools to bring student-athletes back on June 1 or June 15. However, the precedent has already been set by the University of Iowa after the school announced practices would resume on June 1.

Riley’s team would benefit from players returning to practice in June, especially given the team needs to determine who will replace quarterback Jalen Hurts this season. Understandably, Riley is prioritizing the health and safety of his players and coaches ahead of his team having a few extra weeks to practice.

As he also points out, taking the safe approach is the best way to actually ensure there is a college football season and there isn’t a COVID-19 program at different programs.

While it’s a feeling not many around college football will share, it’s nice to see Riley has the right perspective during this pandemic.