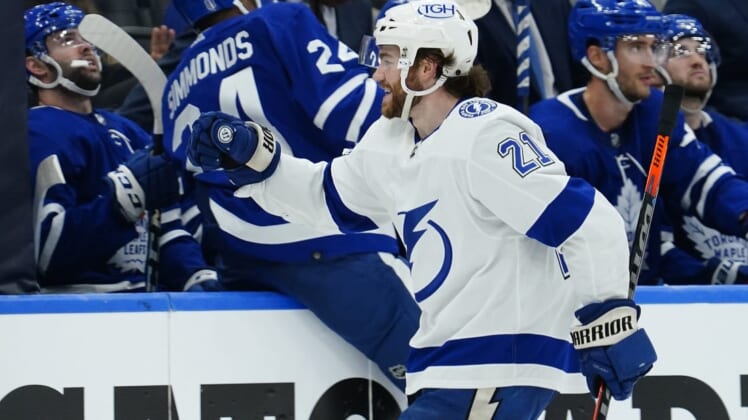 Tampa Bay Lightning forward Brayden Point is in line to make his return to the lineup in the Stanley Cup Final.

It remains to be seen if that’s the series opener against the host Colorado Avalanche on Wednesday in Denver.

“I don’t know about the probability of Game 1, but it’s extremely probable that he will play in the series,” Lightning coach Jon Cooper said following his team’s 2-1 win over the host New York Rangers on Saturday in Game 6 of the Eastern Conference finals.

Point, 26, recorded 58 points (28 goals, 30 assists) in 66 games during the regular season. In seven playoff games, he had two goals and two assists.

No player has scored more goals (30) over the past three NHL postseasons than Point, who last played in Game 7 of the first-round series against the Toronto Maple Leafs on May 14. He has a lower-body injury.