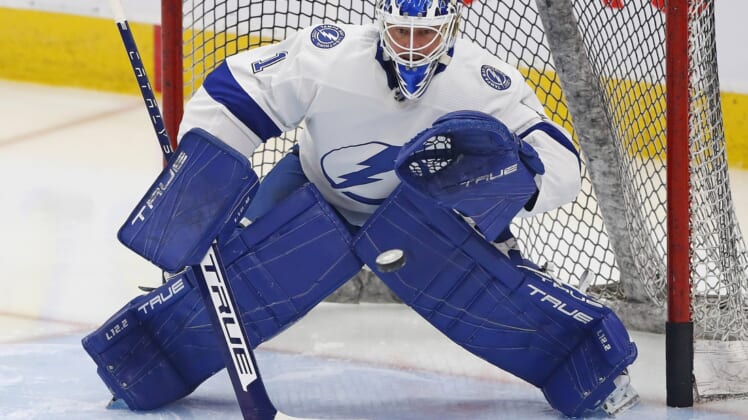 Elliott, 37, is in his first season as the backup goaltender with the Lightning after signing a one-year free-agent deal in July. He has a 9-3-3 record with one shutout, a 2.23 goals-against average and .921 save percentage in 14 starts and 16 appearances.

Andrei Vasilevskiy is entrenched as the starting goalie.