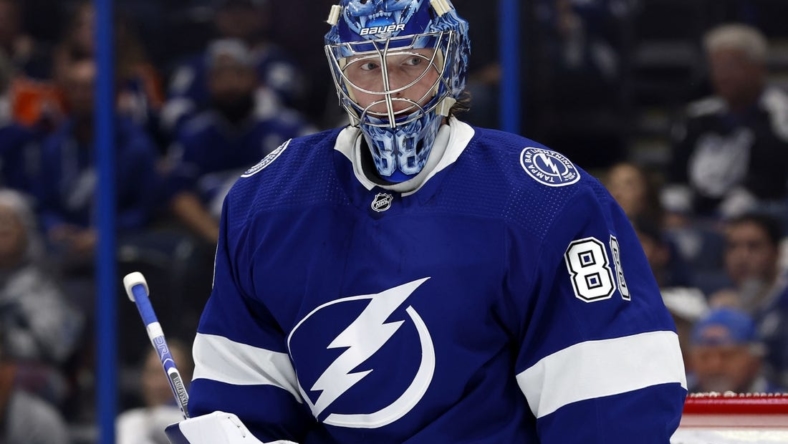 After losing to one of the NHL’s most dynamic offensive teams, the Tampa Bay Lightning will face another one on Friday — and then they will get to turn around and do it again two nights later.

The Lightning will open a home-and-home series with the host Washington Capitals on Friday in the first of three matchups between the Eastern Conference standouts. The teams will play again Sunday night in Tampa before concluding the set on March 30.

Following a recent run of good play, Tampa Bay hosted the Edmonton Oilers on Tuesday. But Edmonton dominated the execution on special teams, scoring twice on the power play and once while short-handed in a 3-2 win.

The Oilers also thwarted all five of the Lightning’s power plays.

The game was marred momentarily in the second period by an ugly incident. Pat Maroon’s skate slashed the left wrist of Edmonton’s Evander Kane, dumping blood onto the ice and sending the Oilers winger sprinting to the dressing room.

Maroon was shaken by the incident, and coach Jon Cooper said any emotion in the arena or on either bench was immediately shut down.

“It’s a challenge for both teams (to get back into it). Once a couple of shifts in, guys get back into the game. There was definitely a little lull after that.”

Washington will be looking to rebound from Wednesday night’s 4-1 home loss against Metropolitan Division foe Pittsburgh. The Penguins tallied three times in the second period en route to snapping their seven-game winless streak (0-6-1).

With two games coming up against the fast-breaking Lightning, Capitals coach Peter Laviolette said the style of play the Penguins presented slowed his team down.

“It was tight both ways. I think any time you play Pittsburgh, it’s kind of a game that drags through the mud a little bit,” Laviolette said. “There’s not a lot of room. It’s not pretty. It’s not flashy and so we had looks, we had opportunities, finally got one in the third but probably too little, too late.”

In Monday’s 5-4 home win over Edmonton, Dylan Strome collected two goals and an assist in producing his fourth multi-point outing of the season. The 25-year-old center has four goals — two on the power play — and eight assists in 15 games.

Forwards Tom Wilson (ACL) and Nicklas Backstrom (hip) have been skating but are not cleared to practice with the club. The Capitals are also without winger T.J. Oshie and defensemen John Carlson and Dmitry Orlov — all sidelined with lower-body injuries.

The Capitals are 1-2-0 on their four-game homestand with losses to Arizona and Pittsburgh surrounding the win over the Oilers.