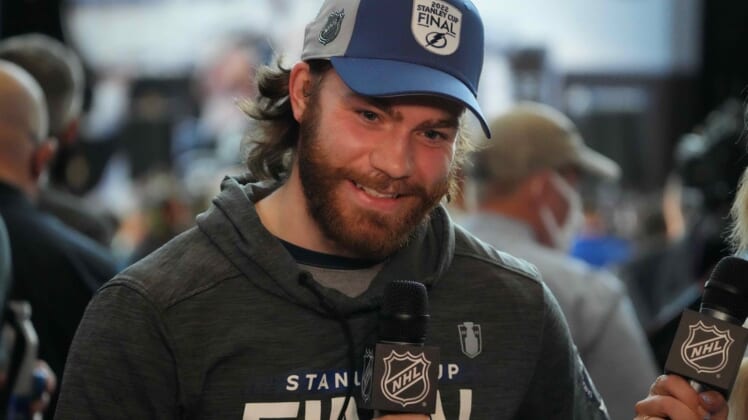 Tampa Bay Lightning forward Brayden Point appears poised to make his return to the lineup in Game 1 of the Stanley Cup Final against the Colorado Avalanche on Wednesday in Denver.

Point has missed 10 games since sustaining a lower-body injury in Game 7 of the team’s first-round series against the Toronto Maple Leafs. He has practiced with fellow forwards Nicholas Paul and Ross Colton over the past two days.

Point, 26, recorded 58 points (28 goals, 30 assists) in 66 games during the regular season. In seven playoff games, he had two goals and two assists.

No player has scored more goals (30) over the past three NHL postseasons than Point, who last played May 14.