(Reuters) – The Tampa Bay Lightning left the COVID-19 bubble with the Stanley Cup on Monday after their 2-0 win over the Dallas Stars secured the best-of-seven final 4-2 and brought an end to two months of quarantine.

Celebrating in a near empty Edmonton arena, which is closer to the North Pole than their Florida home, the Lightning were crowned National Hockey League champions for a second time, atoning for last year’s flop when they were favored to lift the trophy only to be swept aside in the opening round.

“It’s a dream come true, it is the best thing that I have experienced in my hockey career,” said Tampa Bay defenseman Victor Hedman, who was awarded the Conn Smythe Trophy as the Stanley Cup’s Most Valuable Player.

“What we’ve done as a team inside a bubble is unbelievable.”

As the COVID-19 death toll passed one million worldwide on Monday, players prepared to leave the bubble for an uncertain future with plans for the 2020-21 season up in the air due to the chaos caused by the novel coronavirus.

NHL Commissioner Gary Bettman handed the Cup to the captain of the winning team, the injured Steven Stamkos, who missed all of the playoffs with the exception of three minutes of Game Three where he scored a key goal.

With no fans inside Rogers Place, the sight of players taking turns skating around a desolate arena, the Cup raised above their heads, for cheers that would never be heard provided an eerie victory scene.

“This will go down in the record books as perhaps the hardest one (Stanley Cup) of all time,” said Bettman, inviting all the players to come up and surround the Cup before making the presentation.

“You guys should all be incredibly proud, this has been an amazing accomplishment.

“To be here at this place at this time under these circumstances is remarkable and frankly overwhelming.”

Having missed a chance to clinch the Cup on Saturday, Tampa Bay would not squander a second opportunity.

The Lightning, who are 5-0 after a loss this postseason, punished Dallas for some undisciplined play with Brayden Point scoring on a powerplay, pounding home his own rebound for his 14th of the playoffs.

Outshot 11-4 in the opening period, the Stars were fortunate not to find themselves in a bigger hole but fell 2-0 behind seven minutes into the second when Blake Coleman blasted a one-timer by Dallas netminder Anton Khudobin.

Having had just eight shots through the first two periods, a desperate Dallas more than doubled that in third frame but could not put the puck past Andrei Vasilevskiy, who made 22 saves for his first playoff shutout. 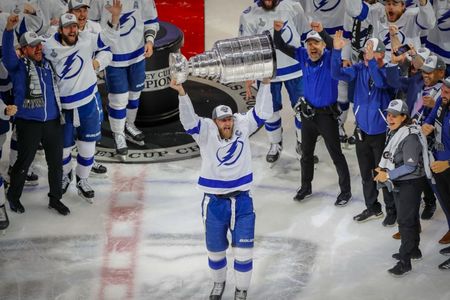 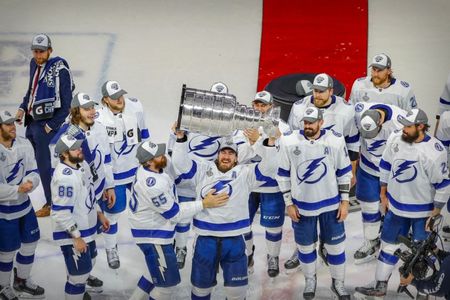 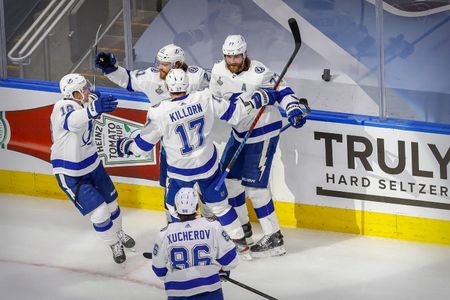 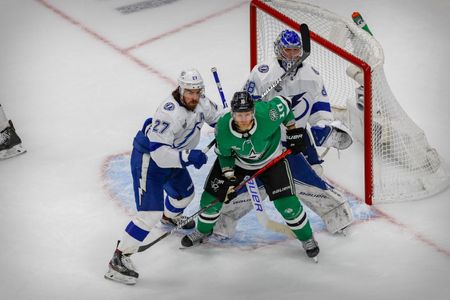 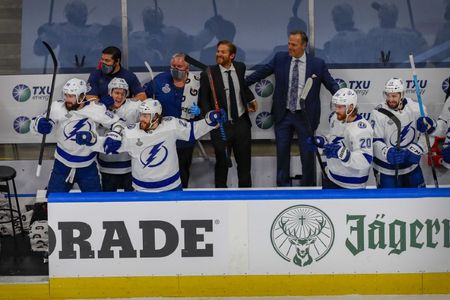