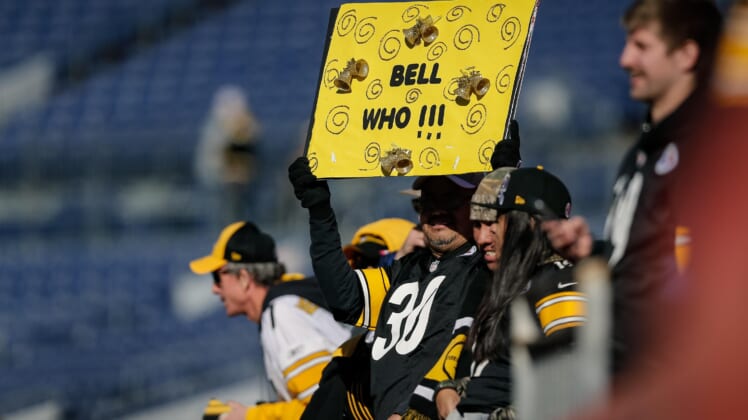 New York Jets running back Le’Veon Bell is entering his first offseason program with the team. He’ll soon be on the practice field with the rest of his new team after signing a lucrative free-agent deal back in March.

For Bell, this has been a long time coming. He held out from the Pittsburgh Steelers throughout the 2018 campaign. Once free agency opened, reports came trickling in that Bell was out of shape.

Clearly working out at a feverish clip, Bell just posted this on social media targeting those who said that he weighed 260 pounds.

Reports of Bell being out of shape always seemed to be ridiculous. Sure he didn’t play last season.

But that was to preserve the All Pro’s ability to collect a long-term deal. Showing up to meetings with potential suitors while overweight likely wouldn’t have helped him in that regard.

In any event, it sure does look like the game’s best all-around running back is in great shape for his new Jets squad.