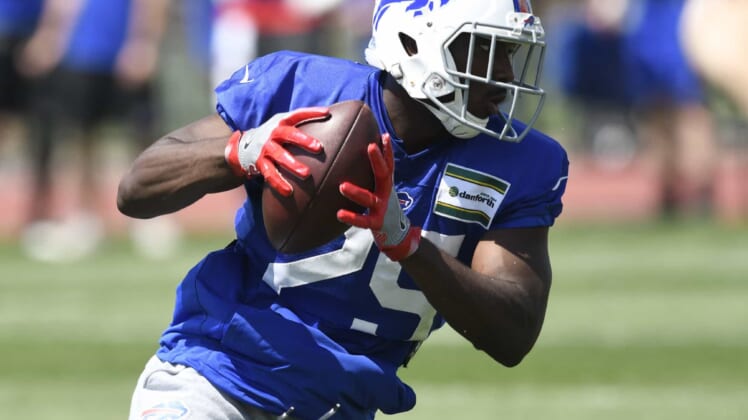 An ex-girlfriend of Buffalo Bills running back LeSean McCoy, Delicia Cordon, has filed a personal injury lawsuit against him and his friend, former Pitt football player Tamarcus Porter.

As noted by Rodak, the lawsuit alleges that McCoy changed the security system codes and “intentionally permitted a hazardous condition to exist on the premises,” and thus, “defendants are liable for the assault, battery, and intentional infliction of emotional distress suffered by the Plaintiff.”

Additionally, the lawsuit alleges “Defendant McCoy had actual and constructive knowledge of criminal activity existing on the property on July 10, 2018 due to the direct knowledge of his employee and/or agent, Porter.”

Cordon had previously accused McCoy of orchestrating an attack that occurred at his residence — a home she was living in — back on July 10, 2018. She also alleges that certain items of jewelry that he had previously given to her were demanded by the person who attacked her and one other woman, both of whom sustained injuries.

Among the damages requested is $133,000 in jewelry that Cordon was robbed of during the July 10 home invasion, according to the suit, “most of which was purchased by McCoy." https://t.co/eaY9XSaLRc

For his part, McCoy has since hired a high-powered attorney who has represented other famous athletes in the past, and he has gotten back to work with the Bills while refusing to discuss the pending legal matter with reporters.