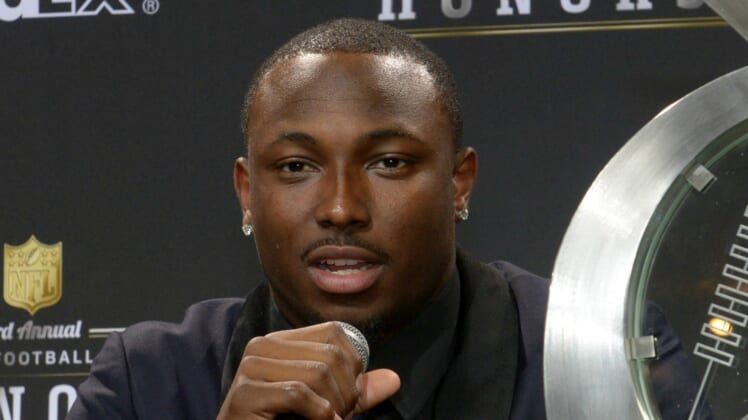 Last year, LeSean McCoy live-tweeted his reactions to the stunning developments of Avengers: Endgame, much to the chagrin of everyone else.

Roughly one year later, he’s still feeling that mistake in a big way.

The LeSean McCoy ‘Endgame’ tweets that riled up a nation

Assuming you’re a Marvel fan and/or you’ve seen Avengers: Endgame, you know that movie packed some punches. You also likely know that there was an unspoken rule out there on the interwebs that providing spoilers for that movie was largely frowned-upon.

Well, last April, McCoy went there. These are the tweets that had everyone upset.

If you’re up for it, take a stroll through Shady’s mentions on these two tweets. People were either amused to no end or absolutely fuming that he spoiled it.

On Wednesday, McCoy appeared on NFL Network’s Good Morning Football. On the show, he called those tweets “the worst decision of my life,” per Jimmy Traina of SI.com.

Though, in his apology, McCoy may have inadvertently struck a nerve with the Marvel universe and its fans once again.

Yes, Shady. We really do get “into them cartoons like that.” But we appreciate your apology, nevertheless.

As for McCoy, the free agent running back could be headed back to where it all began. He might just finish out his career with the team that drafted him.