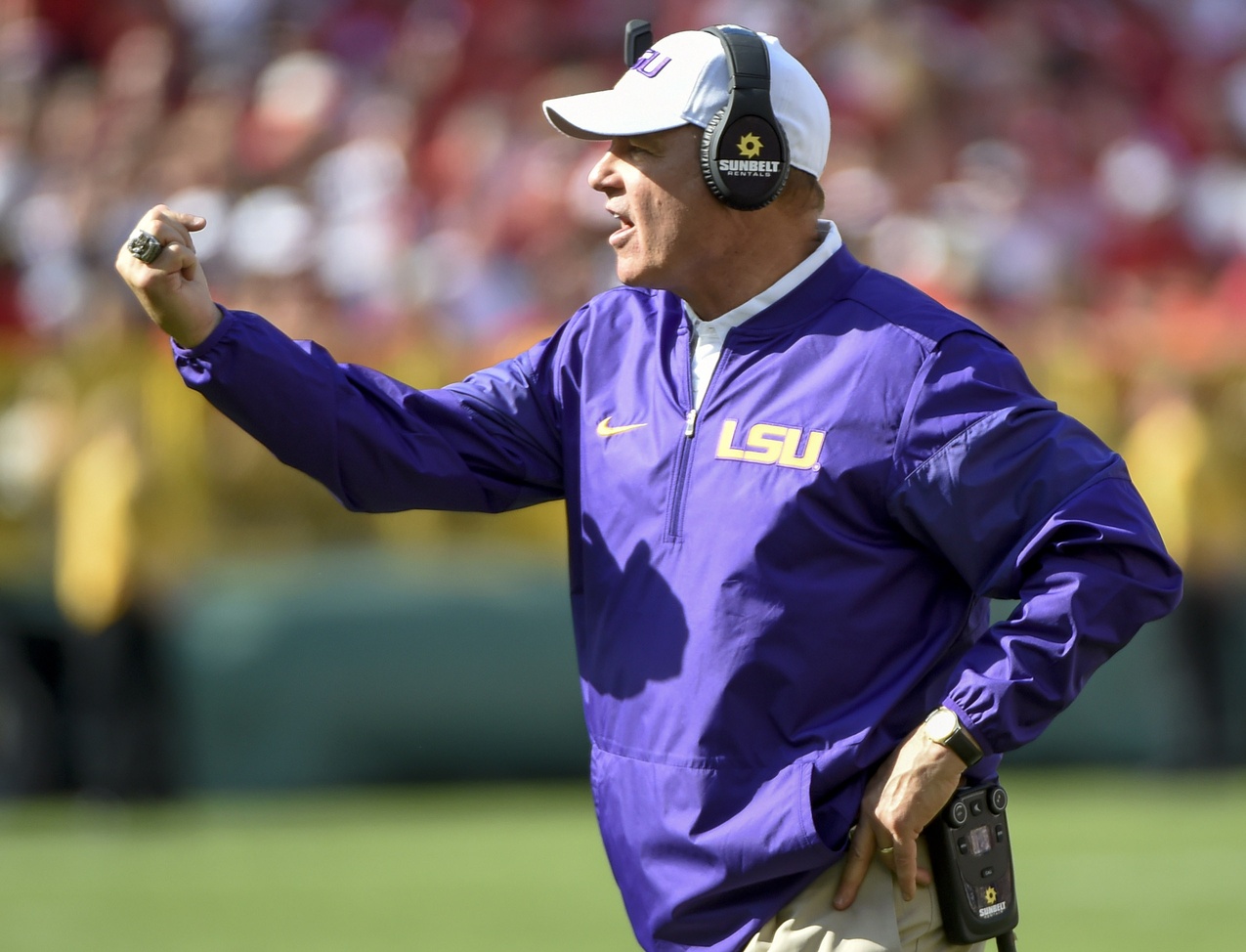 Ross Dellenger of The Advocate passed along the statement, which Miles gave to the paper.

Former #LSU coach Les Miles, in a statement to The Advocate, on the promotion of Ed Orgeron. pic.twitter.com/3HZzdTorDM

We should expect nothing less than class from Miles, who has been a true professional throughout the entire process. There had been rumors that LSU would fire Miles since last year when expectations were not met midway through the season. He rallied his team to finish strong in 2015 but experienced some frustrating developments early in 2016.

As we know, LSU fired Miles in late September, promoting Orgeron to the position of interim head coach.

The Tigers went 5-2 under Orgeron, finishing off the regular season with an emphatic win over Texas A&M. Many players vocally advocated Orgeron to remain in charge heading into 2017, but rumors persisted that the university was looking at others, including Tom Herman, who ended up choosing to go with Texas.

The next step for Orgeron is bringing in a top offensive coordinator to run the offense, which he made clear is a huge priority for the program during his press conference on Saturday.

We congratulate the head coach for landing one of the premier head coaching jobs in the nation. He was discarded after doing an admirable job at USC some years back after Lane Kiffin was fired and look forward to watching him mold LSU into his own image in the years to come.

We also applaud Miles for his gesture of goodwill towards the man who took his job.