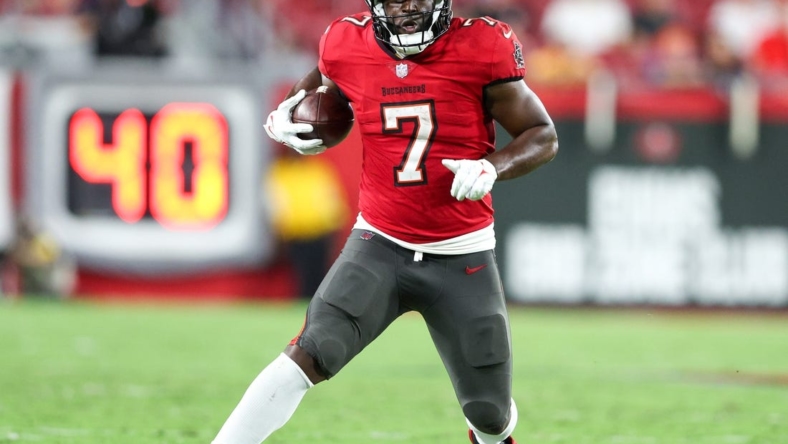 Tampa Bay running back Leonard Fournette is expected to return in Week 12 after leaving Sunday’s game in Munich with a hip pointer, ESPN reported.

The Bucs have a bye this week. They next play at Cleveland on Nov. 27.

Fournette was removed in the fourth quarter of the 21-16 win against the Seattle Seahawks due to the injury.

He rushed 14 times for 57 yards before departing, including a 1-yard touchdown run in the second quarter that put the Buccaneers (5-5) ahead 14-0 at halftime. He caught one pass for 1 yard.

Fournette also threw an interception when he attempted a pass to quarterback Tom Brady on a gadget play in the third quarter.

Fournette, 27, has run for 462 yards and three touchdowns in 10 games this season, his third campaign with the Bucs and sixth in the NFL.