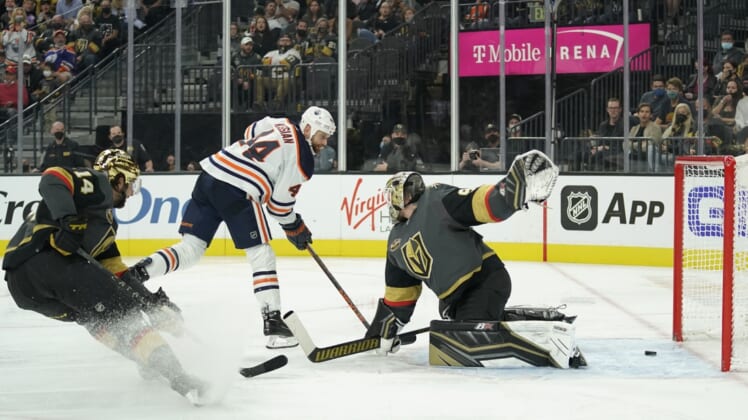 Leon Draisaitl scored twice in a three-point game and Zack Kassian netted a third-period game-winning goal to give the Edmonton Oilers a 5-3 victory over the slumping Vegas Golden Knights in Las Vegas on Friday.

Zach Hyman scored twice and goaltender Mikko Koskinen made 36 saves for the Oilers, who have won their first five games of the season. Captain Connor McDavid collected a pair of assists to become just the 12th player in NHL history to start the season with five multi-point games.

Nicolas Roy, Nolan Patrick and Nicolas Hague replied for the Golden Knights, who have lost three straight games and sit at the bottom of the Pacific Division. Goalie Robin Lehner stopped 28 shots.

With the score tied early in the final frame, Kassian converted a breakaway by slipping home a backhand at 4:33 of the period for his third goal of the young season. He scored only twice in 27 games last season.

The Golden Knights took a lead twice before the game’s midway point. Both times, Hyman replied to pull the Oilers even.

Roy opened the scoring when he deflected Zach Whitecloud’s point shot for his first of the season at the 3:34 mark, but Hyman buried a loose puck during a wild scramble five minutes later for a power-play goal.

Patrick notched his first goal of the season — after winning an offensive zone face-off, he deflected the point shot — to put the hosts ahead again 85 seconds into the second period. But Hyman replied at the 3:55 mark by ripping a one-timer from the slot for his fourth goal in two nights and fifth of the season. 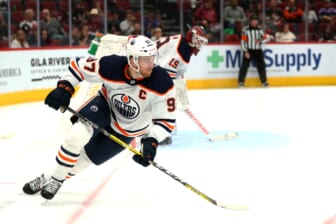 Then it was the Golden Knights’ turn to play that game.

Draisaitl gave the Oilers their first lead just past the five-minute mark of the middle frame when he blasted a quick shot from the bottom of the right circle to net his third goal of the campaign.

However, Hague found the twine for his first goal of the season with a point-shot blast two minutes into the third period.