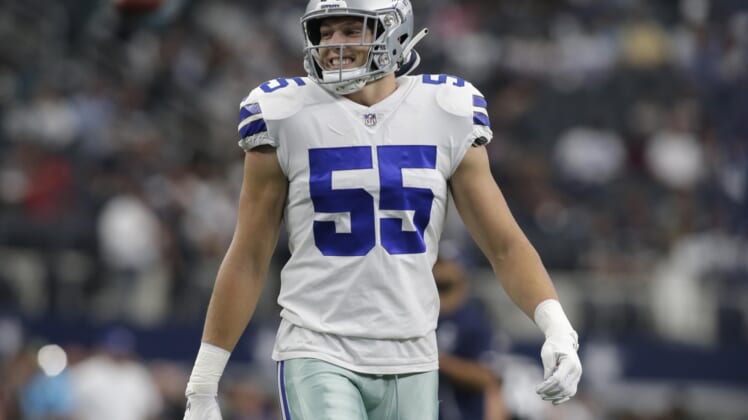 After having one of the best seasons by a rookie defender in the NFL last year, Dallas Cowboys linebacker Leighton Vander Esch went back to his roots.

He still lives in his hometown of Riggins, Idaho and wanted to do something special for Salmon River High School. So this offseason, Vander Esch worked out a deal with Boise Fitness Equipment to do some marketing in exchange for a discount on a ton of workout equipment for his old high school.

“It was the first thing that popped into my mind because it was a big need,” Vander Esch told the Idaho Press. “It just made the most sense. A lot of the racks and stuff were all made in shop class and everybody has been saying we need a new weight room. It was barely even a weight room before, and now to see the excitement level of the guys using the new room has just been awesome.”

The Cowboys star has been showing up nearly every morning to work out at the high school, too. The effort to connect with the young players isn’t lost on the school’s football coach, Ty Medley.

“It just shows his roots and how much he’s connected and still interested in helping the youngsters that are trying to follow in the same path he did,” Medley said. “The positive momentum it has already created in two weeks has been great. All of a sudden the guys are far more interested in working out because it’s high quality, brand new stuff.”

Vander Esch didn’t just open up his bank account for this venture, either. He threw himself into the process, helping unload the equipment

That’s not all he’s doing for the school, either. Vander Esch has an apparel deal with Nike, which is providing new uniforms for both the football and basketball teams at Salmon River next season.