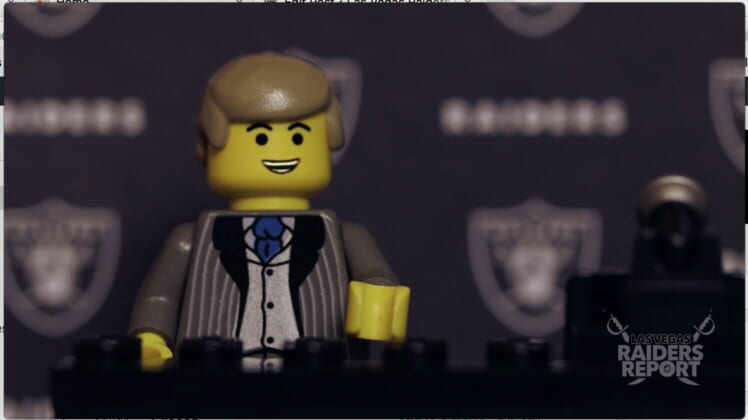 The press conference to re-introduce Jon Gruden as the coach of the Oakland Raiders may have been several weeks ago, but it’s worth reliving for Raider Nation. This time, Las Vegas Raiders Report had a little fun with it and presents it in a different way.

From the time the Las Vegas Raiders Report broke the story about the return of Jon Gruden to the Raiders, until the day it actually came true in Alameda with a nationally televised press conference, the return of “Chucky” to the Silver and Black has Raider Nation excited about the future in Oakland and Las Vegas – and now we’ve remade it with Lego.

In conjunction with our partners at Bricksports, we commissioned this Lego-ized version of the press conference for a bit of off-season fun. If you’re not familiar with Fabian Moritz and the work he does, now you are. It’s worth checking out his other work including the Lego versions of weekly games he’s done for the past few years. In fact, we had Fabian as a guest on one of our early podcasts.

We’ve been blow away by your early support for our website, our podcast and your overall support for all that we do, so this is our little gift to you. We hope to do more work Bricksports in the future and certainly hope the Raiders see it and perhaps get him to do something more on a consistent basis.

Enjoy the reimagineering of the Gruden press conference – and don’t step on any Legos. It hurts!