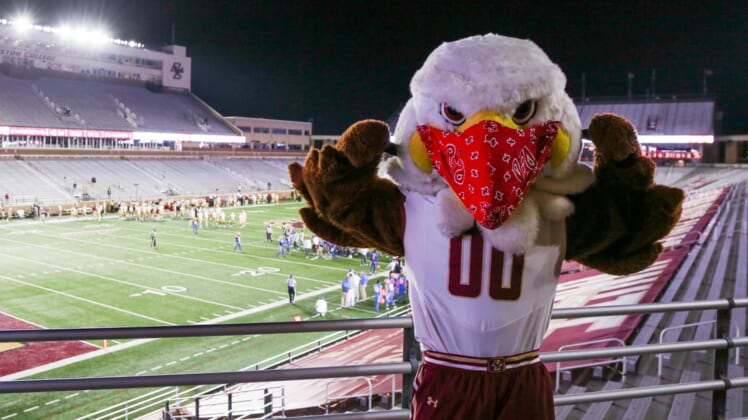 All-time college hockey wins leader Jerry York, who spent the past 28 seasons with Boston College, announced his retirement on Wednesday.

The Hockey Hall of Famer won four national titles at Boston College and one at Bowling Green while compiling a 1,123-682-128 record in 50 total seasons as a college hockey coach.

“I have been thinking about the possibility of retiring during the past several weeks and it just seemed to me to be the right time to do so,” York said in a statement. “I am so blessed to have been involved with Boston College these past 28 years and to have had the opportunity to coach so many wonderful student-athletes.”

York began his head coaching career with seven seasons (1972-79) at Clarkson University and then spent 15 seasons (1979-94) at Bowling Green before being hired by Boston College.

“It is difficult to put into words all that Jerry York means to Boston College,” athletic director Patrick Kraft said in a statement. “His record as the winningest coach in NCAA men’s ice hockey and BC hockey speak for themselves, but it is his humility, decency, unwavering commitment to his players, fellow coaches, and all of us in the BC family, and the quiet ways in which he contributes to this community that make him so beloved.

“He is a legend and one of the classiest individuals to ever coach in college sports.”

York was inducted into the Hockey Hall of Fame in 2019.