LeGarrette Blount on the Patriots: ‘They didn’t respect me at all’ 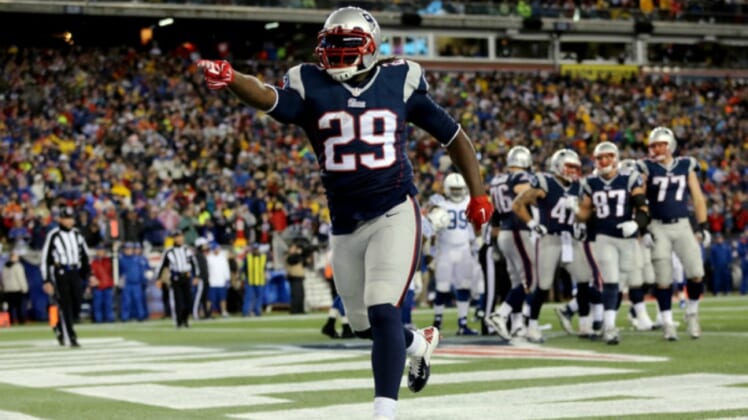 Veteran running back LeGarrette Blount will make his regular season debut with the Detroit Lions this weekend. The former New England Patriots leading rusher signed a one-year deal with Detroit after earning a Super Bowl title in his only season with the Philadelphia Eagles.

Now, 20 months after he made his last appearance as a member of the Patriots, Blount is calling his former team out in a big way.

“The way things ended there was not to my liking,” Blount said, via NFL.com. “I had told them how bad I wanted to be there and how much I wanted to stay there and I didn’t want to leave, and they couldn’t get a deal done for me. I just feel like they didn’t respect me at all.”

Blount added that it was “perfect” to beat New England in the Super Bowl this past February.

It’s true that New England made no real effort to retain Blount during the 2017 free agency period. Following a 2016 season that saw him put up 1,161 yards and a league-leading 18 touchdowns, Blount was forced to sign a one-year, $900,000 deal with Philadelphia. It’s a clear indication that New England had no intention of re-signing the veteran.

Working under former Patriots defensive coordinator Matt Patricia in Detroit, it’s going to be interesting to see how that dynamic plays out. Patricia can’t be happy with Blount’s comments heading up to their Week 1 game against the New York Jets.