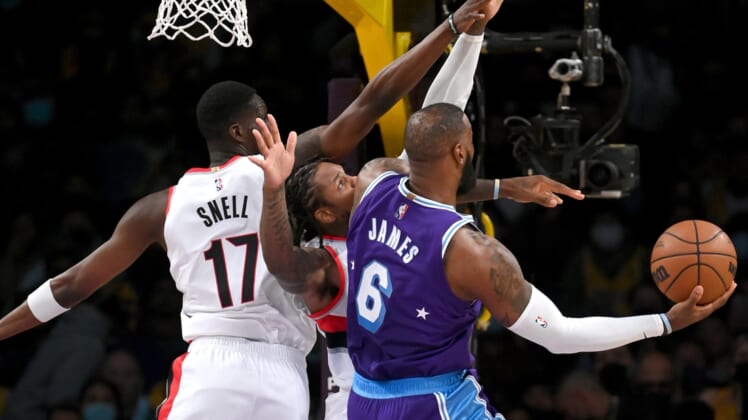 LeBron James scored 43 points and grabbed 14 rebounds, Russell Westbrook posted a triple-double and the Los Angeles Lakers closed 2021 with a 139-106 rout of the visiting Portland Trail Blazers on Friday.

James reached a double-double in the first half, posting 27 points and 10 rebounds by intermission. He reached double figures in points less than six minutes into the game as the Lakers raced to a 25-10 start.

It was all Los Angeles from there in a wire-to-wire win.

Portland cut the deficit to 12 points to open the third quarter when Tony Snell connected on a 3-pointer off one of Damian Lillard’s seven assists, but Los Angeles responded with a quick 10-2 run that effectively ended any hope of a rally.

Ben McLemore led Portland with 28 points off the bench, hitting 6-of-14 from 3-point range. Lillard finished with 18 points, Larry Nance Jr. had 13 points and nine boards, and Powell scored 12.

Stanley Johnson played his best game since being added to the Lakers’ roster on a 10-day contract via the hardship exception. He shot 3 of 4 from the field, including 2 of 3 from outside, and finished with 10 points.

Carmelo Anthony (16 points), Austin Reaves (10) and Talen Horton-Tucker (10) all scored in double figures off the bench for Los Angeles, which won for just the second time in eight games.

Portland took its fourth straight loss and fell for the 11th time in the past 13 games.