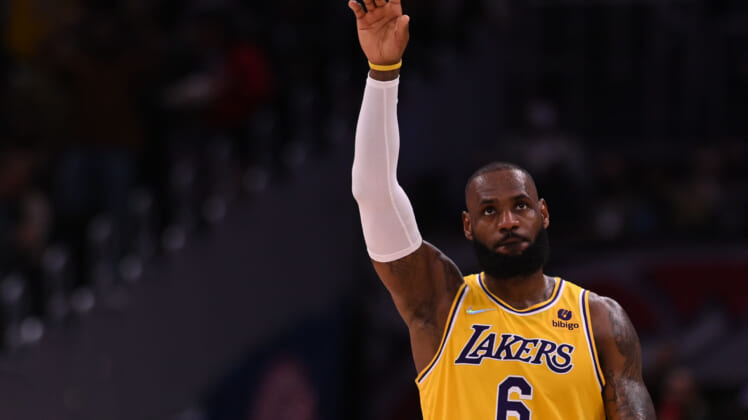 This shouldn’t surprise anyone, but Los Angeles Lakers superstar LeBron James made it up to No. 2 on the NBA’s all-time scoring leaders list during Saturday’s game against the Washington Wizards.

Needing 20 points to pass Malone entering the game, James topped that and then some. He ended with 38 points on the day, but unfortunately, it didn’t come in a winning effort, with the Lakers falling to the Wizards 127-119.

WIth today’s effort, James passed Karl Malone to reach second place. James now has 36,947 points in his NBA career during the regular season.

It’s only inevitable for King James to one day hold the scoring crown as well. To do so, he’ll have to pass another former Laker great. Kareem Abdul-Jabbar, or Lew Alcindor, whichever you know him as, the 19-time All-Star leads NBA history with 38,387 total points scored.

James is still 1,440 points behind Abdul-Jabbar, which means he’ll likely surpass him at some point next season. Considering James has compiled 1,542 points already this season, repeating that effort once again should prove to be an easy task, even in his 20th NBA season.

Keep in mind, LBJ already has the most combined points in NBA history, when you count the playoffs as well. He has a grand total of 44,578 points scored counting both the playoffs and his regular-season stats. So, in a way, you already can crown him. Not for the best player of all time, that’s up for your own debate, which will never die, but no one can ever say LeBron James isn’t among the very best players to ever step foot on an NBA court.

While he has one more accomplishment to his name, there’s still one more legend to clear, before he can be No. 1. But that’s only a matter of time.