(Reuters) – Los Angeles Lakers forward LeBron James said he was “pissed off” after receiving only 16 first-place votes for the NBA’s most valuable player (MVP) award.

Milwaukee Bucks power forward Giannis Antetokounmpo was named the NBA’s MVP for the second straight year on Friday, receiving 85 of the 101 first-place votes, while James, 35, finished runner-up for the fourth time in his 17-year career.

“It pissed me off. That’s my true answer,” said James after the Lakers’ 126-114 victory over the Denver Nuggets in the first game of the Western Conference Finals. “It pissed me off because out of 101 votes, I got 16 first-place votes.”

“You know, not saying that the winner wasn’t deserving of the MVP. But that pissed me off. And I finished second a lot in my career, either from a championship, and now four times as an MVP.”

The award is voted on by a global panel of sports writers and broadcasters. James, a three-time NBA champion, questioned the criteria of selection.

“I don’t know how much we are really watching the game,” he said. “I’m not going to sit up here and talk about what the criteria should be or what it is. It’s changed over the years since I’ve gotten into the league.”

(This story corrects spelling of Los Angeles in 1st paragraph.)

(Reporting by Arvind Sriram in Bengaluru; Editing by William Mallard) 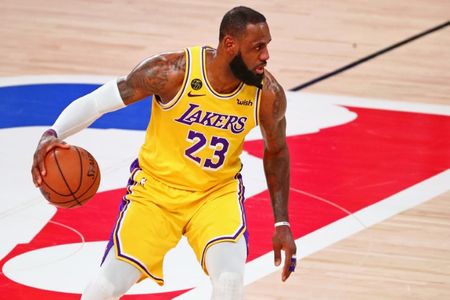