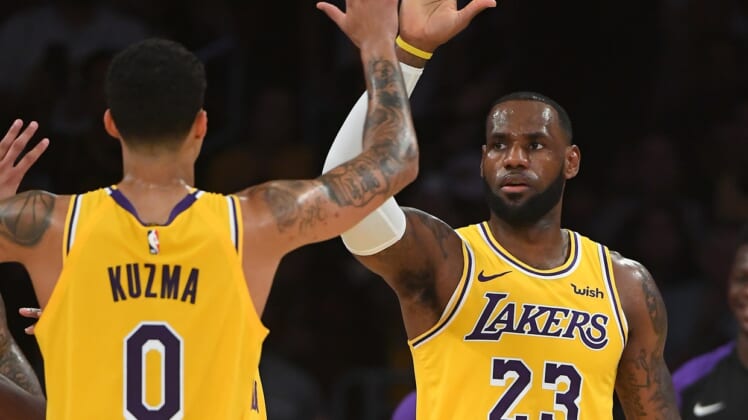 LeBron James is setting up an unofficial team function in Las Vegas that he hopes will galvanize and unify the Los Angeles Lakers ahead of training camp.

Shams Charania of The Athletic shared details on James’ plan to bring his teammates together for a pre-camp minicamp in September.

“It’s mean to galvanize and bond this Lakers right before the start of the real training camp that begins in Los Angeles in September,” Charania shared. “And it’s really showing the premium that teams and star players are putting on team chemistry going into a very important NBA season — a true free-for-all NBA season — for really the first time in maybe five, six years.”

Charania also shared that Kawhi Leonard may be trying to set up a similar event for his Los Angeles Clippers teammates that could take place in Miami.

The Lakers are seen by those in NBA circles as a second-tier contender heading into the 2019-20 season after they failed to land Leonard. James is taking all that to heart and wants to do everything in his power to give his team the best chance to win.