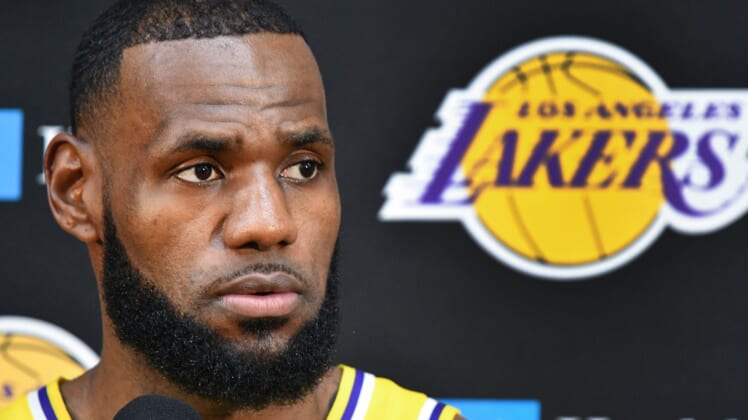 LeBron James made national headlines Thursday night when he showed up to his team’s preseason game against the Sacramento Kings wearing a Colin Kaepernick shirt.

On Friday, James explained why he made that choice.

.@KingJames weighs in on why he wore a @Kaepernick7 shirt before his game Thursday. pic.twitter.com/O5QDrqn8o6

“I support Kaep. I’ve always supported Kaep and what he stands for and what he believes in.”

James didn’t shy away from acknowledging that at least part of his motivation for supporting Kaepernick had to do with both of them being on the Nike ticket.

That being said, the Los Angeles Lakers star’s own focus closely aligns with Kaepernick’s and have for some time now.