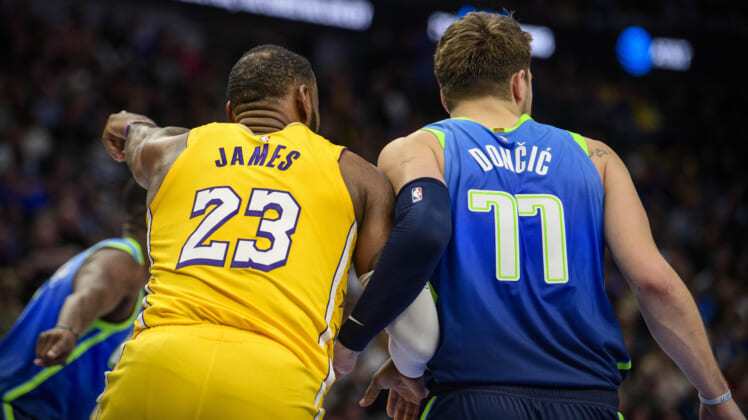 Anthony Davis and LeBron James have been ruled out of Tuesday night’s game against the Dallas Mavericks.

Both had been listed as doubtful. Davis is still working his way back from a foot injury while James sprained his ankle in Sunday’s loss to the New Orleans Pelicans.

The Lakers are just 31-43 this season and in 10th place in the Western Conference. While they hold the final play-in spot in the conference, they are just one game ahead of the 11th-place San Antonio Spurs with eight games remaining, including the Mavs’ game.

The Lakers are just 4-12 since Davis’ most recent injury. He has missed 21 other games this season, the bulk of which were because of a knee injury.

James also has missed a significant amount of time. He has missed 19 games for a variety of ailments, including a one-game suspension.