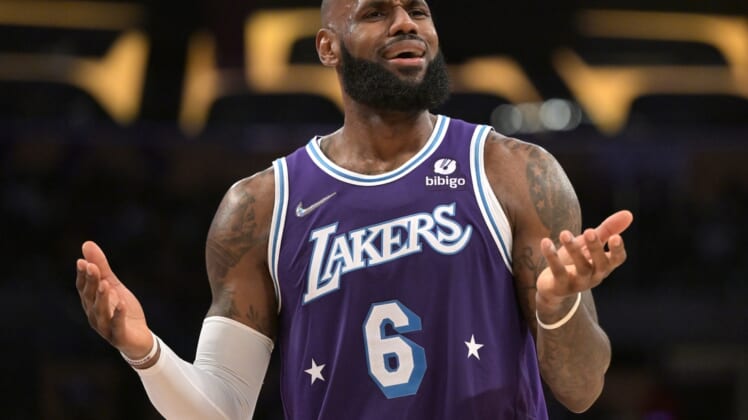 Los Angeles Lakers star LeBron James will miss the final two games of the season with a sprained left ankle.

The Lakers announced the veteran forward’s status Friday after an evaluation by the team’s medical staff.

“He will miss the remainder of the 2021-22 NBA season to allow for continued healing and an expected full recovery,” the team said.

That was his final appearance of the campaign, putting his season-ending numbers at 30.3 points, 8.2 rebounds and 6.2 assists in 56 starts.

By not reaching the minimum requirement of 58 games, James is not eligible to win the NBA scoring title. Philadelphia 76ers center Joel Embiid entered Friday averaging 30.4 points per game.

With James sitting out, Los Angeles officially was eliminated from the playoff race in Tuesday’s 121-110 loss against the Phoenix Suns.

The Lakers (31-49) have lost eight in a row. Their final two games are Friday night at home versus the Oklahoma City Thunder and Sunday against the Nuggets in Denver.