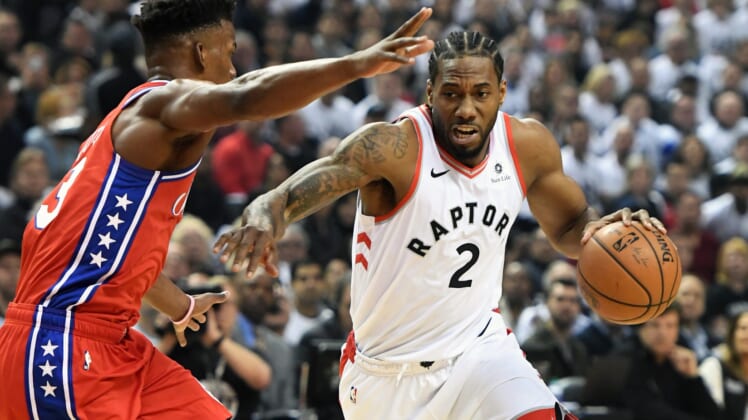 Kawhi Leonard and his Toronto Raptors are still in the midst of the NBA Playoffs. In fact, two consecutive wins has his team on the verge of the Finals.

That has not stopped widespread speculation regarding Leonard’s future and what he might do in free agency come July.

Long considered a target of both Southern California-based NBA teams, it’s no surprise that James would want Leonard to join him with the Lakers.

Though, it was noted following his trade from San Antonio to Toronto that Leonard might not want to share the same market with James. Whether that has changed in the months since remains to be seen.

What we do know is that Leonard will be right up there with Kevin Durant as the most-coveted free agent this summer. He’s on one heck of a playoff run with Toronto and was just named All-NBA Second Team.

For his part, King James is reportedly concerned that the Lakers’ current drama could handcuff them in free agency. That apparently hasn’t stopped him from getting an early start on the recruitment process.