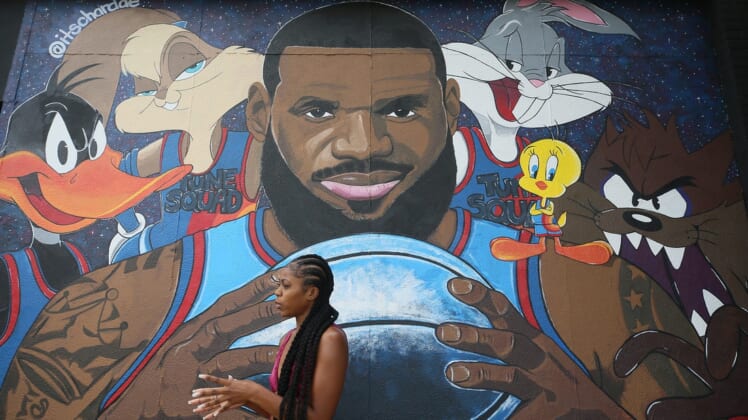 On the eve of the Oscars, LeBron James “won” a Razzie Award on Saturday for Worst Actor for his performance in “Space Jam: A New Legacy.”

The sequel to the original Space Jam, which starred Michael Jordan and Bugs Bunny in 1996, “A New Legacy” was well-represented at the 42nd Golden Raspberry Awards, which annually honors the most unimpressive performances in the movie industry.

Along with James winning in the Worst Actor category, the film received two other Razzies, although it was merely a runner-up as a nomination for Worst Picture.

“Space Jam: A New Legacy” won for Worst Prequel, Rip-Off, or Sequel, and Worst Screen Combo (James with any Warner Bros. character or product — of which there were many).

James was just the latest NBA star to be nominated for a Razzie, but he becomes the first to be recognized as Worst Actor. In 1997, Dennis Rodman earned Worst Supporting Actor (and Worst New Star) for his effort in the movie “Double Team,” and Shaquille O’Neal was nominated for Worst Actor for his performance in “Steel.”