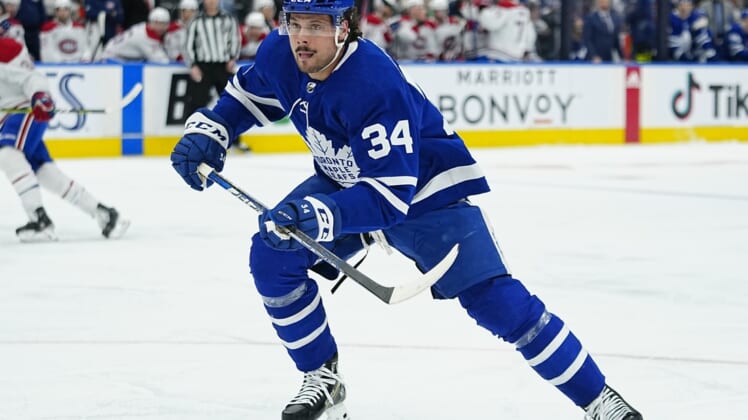 Toronto Maple Leafs forward Auston Matthews is listed as day to day after being scratched from Sunday’s game against the New York Islanders because of an undisclosed minor injury.

Matthews suffered the injury during a 5-4 overtime victory over the Ottawa Senators on Saturday. Leafs coach Sheldon Keefe said John Tavares would replace Matthews on the front line.

Matthews, who is in his sixth NHL season, has a league-high 58 goals and needs just two for his first 60-goal season.