LaVar Ball: LaMelo is better than LeBron was as a teenager 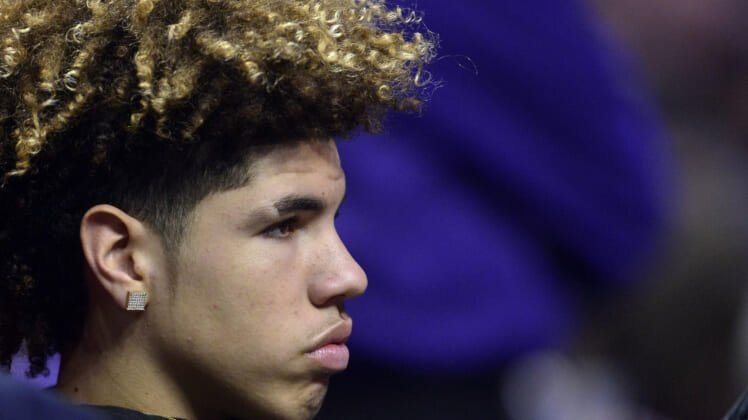 There’s something to say about supporting your children. Helicopter father LaVar Ball knows this full well. He also knows how to inflate the ego of his children to the point that it’s not healthy.

We’re pretty sure Ball crossed that rubicon recently in talking with TMZ Sports. When posed with a question about whether he thinks LaMelo Ball is better than LeBron James was as a teenager, the older Ball had about the most ridiculous response one could come up with.

“He better than LeBron. Stop.”

Now that a debate we didn’t know we needed has been decided, the only question here is whether the Cleveland Cavaliers will swoop in and select LaMelo No. 1 overall when he declares for the NBA Draft. After all, the younger Ball is apparently the second coming of King James.

In all honesty, this is just another ridiculous take from a loud-mouthed man in LaVar Ball who just can’t seem to help himself.

Oh, and he also took time to shade the UCLA basketball program in talking with the gossip rag.

Ball is referencing middle son LiAngelo, who withdrew from UCLA after a shoplifting incident in China last year.

While LaMelo is playing well as a 17-year-old teen at the Spire Institute in Ohio, any comparison to King James is just absurd. James was the No. 1 recruit in the nation and was going to be the No. 1 overall pick in the 2003 NBA Draft the minute he decided to bypass college altogether.