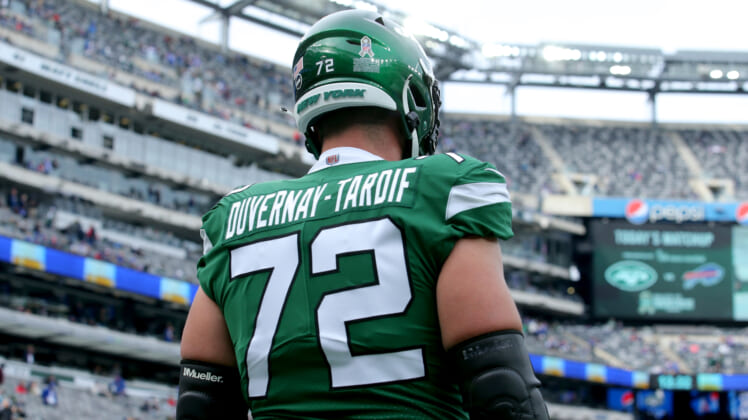 Laurent Duvernay-Tardif put his NFL career on hold in 2020 to help combat the fight against COVID-19 by working in hospitals. Two years later, the 31-year-old will again put football off to the side to focus on his career in medicine.

Duvernay-Tardif, a McGill graduate, entered the NFL as a sixth-round pick in the 2014 NFL Draft. He became a starter for the Kansas City Chiefs in 2015, starting in 38 games over the next three years. Kansas City later signed him to a five-year, $41.25 million contract in 2017.

When the COVID-19 pandemic rocked the globe in 2020, Duvernay-Tardif became the first player to opt out of the upcoming season. Instead, the veteran offensive lineman worked at a long-term care facility in Montreal, Canada to provide medical support for those in need.

The 6-foot-5 guard returned to football in 2021 and was traded to the New York Jets. He appeared in eight games, making seven starts along the offensive line. Still a free agent in June, the 31-year-old is once again putting football on the backburner to focus on his medical career.

Duvernay-Tardif told The Canadian Press that he is going to focus on becoming a physician by starting his residency program in a Montreal hospital in July. While he hasn’t closed the door completely on an NFL comeback, serving others in the medical field is now his focus.

He graduated from the McGill University Faculty of Medicine in May 2018 with a doctorate in medicine, paving the way for his future in the medical field. While it’s likely his NFL career is over, Duvernay-Tardif appears poised to make an even bigger impact in his second career than he did in the NFL.