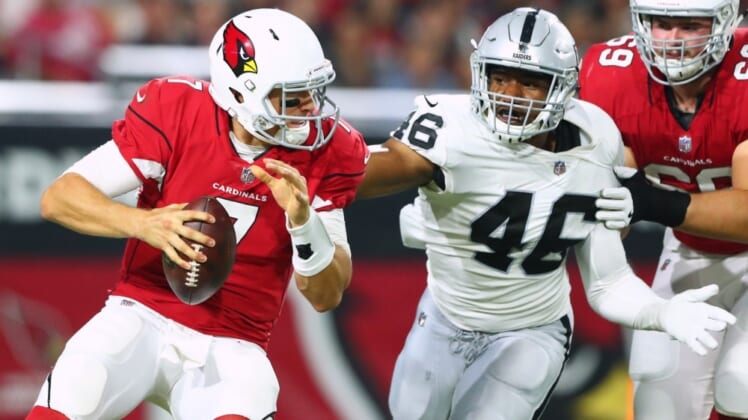 It was an up and down weekend for Raider Nation in regards to a fan favorite from this year’s preseason: linebacker Latroy Lewis.

A day after the Raiders released the rookie linebacker, hopes of him sticking with Oakland’s practice squad were dashed when the Houston Texans claimed him off waivers on Sunday.

Lewis took to Twitter to announce his exit and new stop in storm-ravaged Houston.

Lewis had a nice preseason with the Raiders compiling 12 tackles, three sacks and the big 65-yard fumble return for a touchdown against the Cowboys.

With the dismissal of Jelani Jenkins, it still means the Raiders are in search of help at linebacker. For Raider Nation, it must be “In Reggie we Trust!”