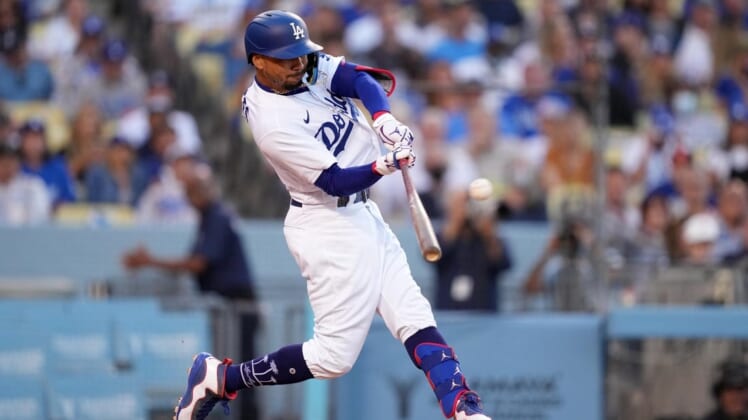 Luis Garcia hit a go-ahead, two-run home run in the eighth inning as the Washington Nationals beat the National League-best Dodgers 8-3 on Tuesday, their second consecutive win in Los Angeles.

Victor Robles had three hits and Josh Bell added two hits and two RBIs for the Nationals. Superstar Juan Soto went 0-for-4 and was hit by a pitch amid continued rumors that he could be dealt before next week’s trade deadline.

Josiah Gray gave up three runs over five innings against his former team, almost a year since was traded from the Dodgers to the Nationals in the deal that brought Trea Turner and Max Scherzer to Los Angeles.

Mookie Betts and Cody Bellinger homered for the Dodgers, who have dropped two straight to the major-league-worst Nationals after winning a season-best eight in a row.

With Bell aboard in the eighth inning after a throwing error by Dodgers second baseman Gavin Lux, Garcia crushed a 1-2 slider from left-hander Garrett Cleavinger into the seats in right field for his third homer of the season.

Washington added four insurance runs in the ninth on a sacrifice fly from Bell, a two-run double from Nelson Cruz and an RBI single from Keibert Ruiz.

The Nationals jumped on top early, riding the momentum from their 4-1 victory on Monday.

Bell had an RBI groundout in the first inning and Yadiel Hernandez made it 2-0 with a run-scoring single.

The Dodgers got Betts’ homer in the bottom of the first inning, his team-leading 23rd. Gray then held down the Dodgers’ offense until the fifth, when Bellinger crushed a first-pitch fastball into the seats in the right field corner. Freddie Freeman lifted a sacrifice fly to center later in the inning for a 3-2 advantage.