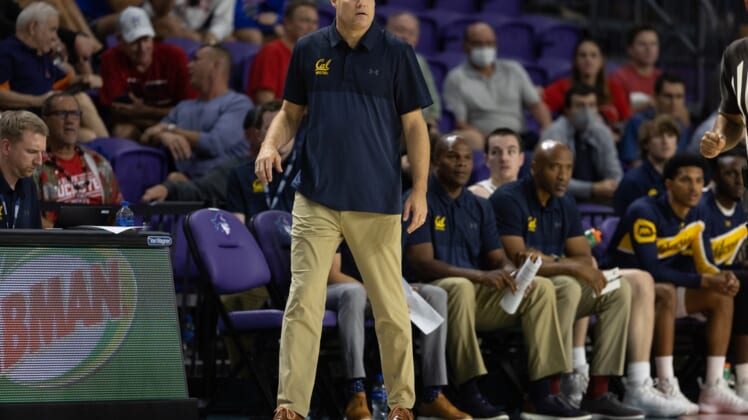 Andre Kelly hit consecutive hook shots, one of which he turned in a three-point play, to ignite an 18-point flurry late in the game that propelled host California to a 73-53 nonconference victory over Pacific on Wednesday at Berkeley.

Grant Anticevich had seven of his game-high 25 points in the run for the Golden Bears (8-5), who won their fourth straight.

Reserve Jaden Byers led a balanced attack with 10 points for the Tigers (5-9), who dropped their third in a row.

Seeking to beat their Northern California neighbor for the first time since 1954, the Tigers led 30-25 at halftime, retained a one-point advantage into the fourth minute of the second half and were within 52-51 after a Jeremiah Bailey hoop with 7:42 remaining before Cal’s 18-0 explosion.

Kelly’s personal five-point spurt pushed the Golden Bears’ lead to 57-51, after which Jordan Shepherd, Anticevich and Joel Brown combined for six hoops, including an Anticevich 3-pointer, in a spurt that lasted until Pacific’s Jordan Bell made two free throws with 1:58 to go.

The Tigers, who trailed 70-51 after the Cal scoring burst, did not make a field goal in the game’s final 7:44.

Anticevich’s 25 points were powered by his 7-of-11 shooting from 3-point range. The Golden Bears outscored Pacific 33-15 from beyond the arc.

Shepherd and Kelly finished with 11 points apiece for Cal, while Jalen Celestine added 10 as the Golden Bears beat Pacific for the 11th straight time.

Byers had five of his 10 points in a 7-2 half-closing run that turned a two-point deficit into the 30-25 Tigers lead at the intermission.

Jeremiah Bailey and Sam Freeman backed Byers with eight points apiece for Pacific, which was outshot 47.5 percent to 38.6 percent.

Bailey and Freeman shared team-high rebound honors for the Tigers with six apiece.