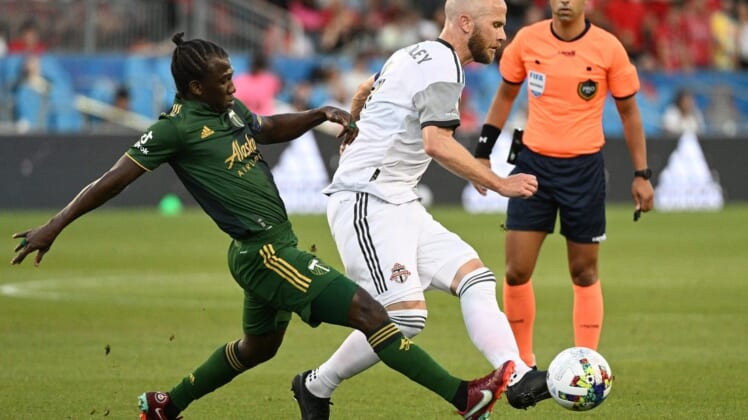 Lorenzo Insigne scored the go-ahead goal in the 79th minute and host Toronto FC ended the Portland Timbers’ unbeaten run with a 3-1 win on Saturday.

The home side dominated the opening 45 minutes, with six of its 12 shots reaching the target, while Portland had only one attempt.

After a Toronto corner kick bounced off the crossbar in the 22nd minute, Insigne threatened again three minutes later from the goal area, and in the 35th minute, he got in close for a chance but sent the ball sailing out of play.

Jonathan Osorio finally connected for Toronto in the 41st minute. Richie Laryea maintained possession of the ball as he came down the right side of the box and in before feeding Osorio at the top of the goal area to put Toronto ahead 1-0.

Insigne nearly doubled the margin in the 44th minute when he sent a curving shot on target, forcing Timbers goalie Aljaz Ivacic to stretch for the save.

Toronto continued to push in the second half.

In the 47th minute, it was Insigne again with a shot from outside the box. Ivacic denied the Italian with a punching save, and defender Bill Tuiloma came up with a stop for Portland on the rebound.

The Timbers got their first shot on target in the 55th minute on a kick from Yimmi Chara at the left side of the goalmouth, but he was denied by goalkeeper Alex Bono.

Ivacic kept his team in it in the 70th minute when he denied Ayo Akinola on a one-on-one chance above the goal area.

Josecarlos Van Rankin tied it in the 73rd minute when Chara cut into the middle before feeding Van Rankin inside the box.

Insigne put Toronto ahead 2-1 six minutes later, taking a short lob pass from Michael Bradley at the left side of the goal area and sending it into the far side of the net.

Federico Bernadeschi pushed the final count to 3-1 in the 85th minute from the top of the box.