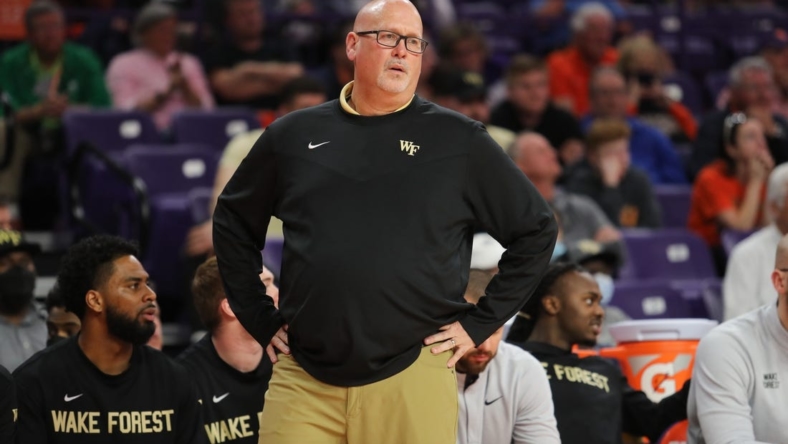 Tyree Appleby’s 3-pointer with four-tenths of a second remaining lifted Wake Forest to a 68-65 overtime victory over Utah Valley on Tuesday in Winston-Salem, N.C.

After Utah Valley’s Trey Woodbury tied the game at 65 with 3.3 seconds left, Wake Forest called timeout to set up a game-winning play from its own baseline. Cameron Hildreth launched a pass that Matthew Marsh caught near the top of the key and tossed it to Appleby, who swished a jumper from the left wing.

Appleby’s heroics capped a night in which the transfer from Florida scored a game-high 23 points on 5-for-15 shooting, including going 1-for-5 from deep, and 12-for-14 success from the free-throw line. He also had seven rebounds and six assists.

Andrew Carr had 15 points and 14 rebounds for Wake Forest (3-0), which trailed by as many as seven points in the second half and by four in overtime.

Justin Harmon had 19 points, four rebounds and three assists and Le’Tre Darthard added 18 points for the Wolverines (2-2), who also got nine points and a game-high 17 rebounds from Aziz Bandaogo.

With the game tied at 59 after regulation, Harmon hit a baseline jumper and Blaze Nield sank a pair of free throws to give the Wolverines a 63-59 lead with 3:48 left.

But Appleby hit two free throws and Carr made a layup to tie the game at 63 with 2:17 remaining before Harmon’s turnover led to Appleby’s layup for a 65-63 lead with 25 seconds left.

Woodbury, who had made just two of his first 16 shots, sank a jumper with 3.3 seconds left to set up Appleby’s big shot.

After Hildreth’s 3-pointer trimmed the lead to 57-56 with 3:09 left, the Demon Deacons took the lead on Carr’s 3-pointer with 2:02 remaining before Woodbury’s jumper tied it at 59 with 57 seconds to go.