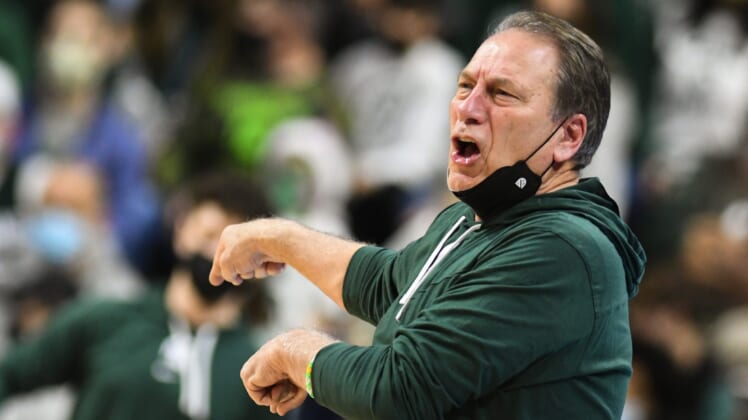 Joey Hauser made a game-winning layup with 0.1 seconds remaining to lift No. 10 Michigan State to a 71-69 win over Minnesota in a Big Ten Conference matchup on Wednesday night in East Lansing, Mich.

A.J. Hoggard drove toward the rim and dished a pass to Hauser for the winning basket for Michigan State (14-2, 5-0). Max Christie scored 16 points on 7-for-12 shooting, and Gabe Brown had 13 points for the Spartans, who won their ninth game in a row.

The score was tied at 69-69 with 25.5 seconds remaining after Stephens made a pair of free throws. That capped a 5-0 run for Minnesota, which trailed 69-64 with 2:23 to go. All five of those points came at the line, with four by Stephens.

Minnesota responded with a 7-0 run to pull ahead 52-51 with 10:14 remaining. Jamison Battle made a pair of jumpers during the run.

The Spartans established a double-digit advantage in the first 12 minutes. Hauser made a jump shot off an assist from Hoggard to make it 23-13 with 8:01 remaining in the first half.

Charlie Daniels and Stephens made back-to-back baskets to start the run. Stephens added a 3-pointer and another jump shot, Curry made a jump shot and Willis contributed a 3-pointer.

The Spartans have two days to prepare before their next game, which is scheduled for Saturday at home against Northwestern.

The Golden Gophers are scheduled to take the court again Sunday, when Iowa is set to visit them in Minneapolis.