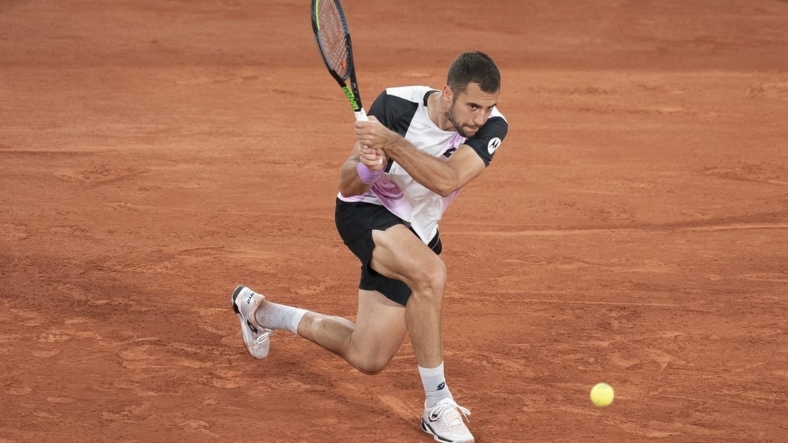 Laslo Djere, searching for his third career ATP title and first in two years, is through to the final of the Winston-Salem (N.C.) Open — barely.

The 27-year-old Serbian held off a challenge from Swiss qualifier Marc-Andrea Huesler for a 7-6 (3), 7-6 (5) win in the semifinals on Friday night.

Djere had a rocky finish, as he needed nine match points to eliminate Huesler. The 102nd-ranked Swiss player had faced only one break point in the match prior to saving six (all of them match points) to level the second set at 5-5.

Djere had another match point at 6-5, then needed two more in the tiebreaker to seal the victory.

In the other semifinal match, France’s Adrian Mannarino routed second-seeded Botic van de Zandschulp of the Netherlands 6-0, 6-4 in 75 minutes.

Mannarino won 81 percent of his first-serve points (21 of 26) and never faced a break point in the match. His lone career ATP title came three years ago at ‘s-Hertogenbosch, Netherlands.