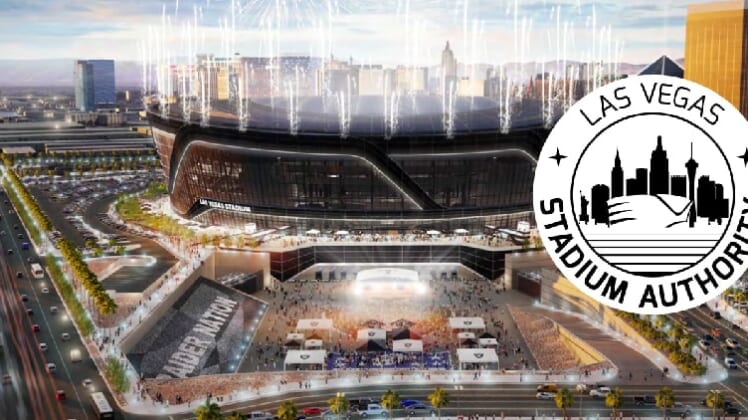 After cancelling last month’s meeting in wake of the 1 October shooting in Las Vegas, the Stadium Authority gets back to business with a busy agenda chock full of nuts-and-bolts items.

With a formal groundbreaking just days away, the Las Vegas Stadium Authority will convene with a full agenda of items related to stadium construction and development. As the body continues to hammer out a deal with the Raiders over stadium development, the team itself will give an update on stadium progress and its community benefits plan.

It’s the Raiders community benefits plan that has been the subject of some wacky and mostly unfounded fodder from local political and social “activists.” They’ve often use the meeting to grandstand and criticize both the team and the Board over their grievances.

Unknown thus far is what impact the recent Republican tax reform bill in Congress could have on the overall cost of the new Raiders stadium. A provision in the bill would eliminate the tax exempt status of bonds used to build projects like the stadium in Las Vegas.

The real business on hand will include the Stadium Authority’s Quarterly Economic Survey Report to the State of Nevada Department of Taxation. This report is required as part of the passage of Senate Bill 1 that allows for the use of hotel taxes to pay for the construction of the new stadium located off Russell Road and Interstate 15. So far, each reporting of the taxes collected has surpassed expected revenues.

What is unknown is if the recent tax bill floated in the U.S. Congress will have an impact on the cost of the stadium for Clark County, the Raiders, and taxpayers.

After cancelling last month’s meeting, the Authority is back in session on Thursday.

In the Republican sponsored tax bill released last week, a provision would kill the tax exempt status of bonds issued for the construction of products like the new Raiders’ stadium. Representatives of the Stadium Authority have said if passed, it could impact the financial models used to fund and build the stadium. It does not appear to put in danger the stadium overall nor the Raiders relocation to Southern Nevada.

The tax bill, if passed as is, would more than likely add 1-2 points to the bond’s interest rate. This would have an effect of increasing the cost anywhere from $125-250 Million roughly over the life of the bonds. That would create a situation where Applied Analysis will have to adjust their model to compensate for that.It might also require the LVSA to ask for rent from the Stadium Company to help offset those costs, since they will then not be in jeopardy to affect the tax exempt status of the bonds.

The LVSA will again get an overall update on the status of the project – including design and construction updates – from Raiders team representatives. The team will also continue to lay out its community benefits plan which was also a requirement of Senate Bill 1. While some community activists have been unhappy with the team’s progress on the plan, a majority of business and community organizations overwhelmingly support the direction and results thus far.

Board members will also consider and vote on a $50,000 consulting contract with Grand Canyon Development Partners to give the body directional advisement on the “PreDevelopment Agreement, General Construction and Development Advisory Services.”

It is expected the discussion around the enabling agreement between the County and the Raiders will take up a good majority of the meeting. The deadline to draft and approve the agreement was extended until April 1, 2018. Part of that agreement is the ongoing dialogue and negotiations between the Raiders and UNLV on joint use of the stadium with UNLV football.

Sources tell us the Raiders also just want to ensure any money spent on construction before the Development Agreement is approved counts towards their $100 Million tab they have to spend before state money is released.

Las Vegas Raiders Report will be on hand live for the meeting this week and will provide a live blog, live video on Facebook and Periscope, and interviews with the people involved later in the day and subsequent days after the conclusion of the meeting.