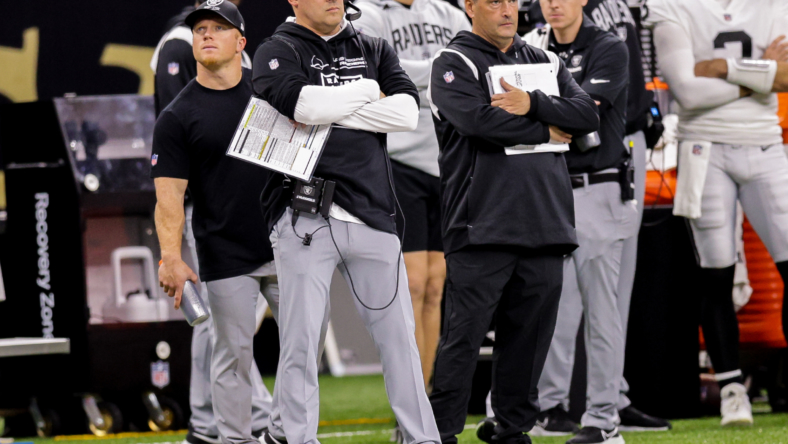 The Las Vegas Raiders face the Jacksonville Jaguars in Week 9, a matchup that could prove to be pivotal for two struggling teams under pressure to turn things around quickly.

Jacksonville enters Sunday on a five-game losing streak, with its most recent defeat coming in London to the Denver Broncos. After a promising 2-1 start to the season, the Jaguars keep falling apart in critical situations.

For the Raiders, things aren’t much better. Las Vegas is coming off a shutout loss to the New Orleans Saints and dropping Sunday’s matchup in Jacksonville would push this team to a 2-6 mark it likely can’t recover from.

Here are the four keys to a Raiders’ victory on Sunday in Florida.

The urgency has officially kicked in

Fans wanted to see a sense of urgency after the 1-4 start from Las Vegas. Three games later, coming off one of the worst losses in franchise history, that bar has almost reached its peak.

Despite being 2-5 and at the bottom of the AFC West, McDaniels knows his players and staff to the point where he will not change his temper to fire the team up.

“I think we all understand the situation. I don’t think there’s anybody on our team or on our staff that doesn’t understand the situation that we have in front of us. We are what our record is and we know that the only way to change is to work hard each day, have a productive process each day and ultimately earn the right to have a victory on Sunday.”

Despite being on the road, the Raiders’ energetic playmakers on this roster – defensive end Maxx Crosby and quarterback Derek Carr – can help this team jump out to an early lead.

Las Vegas entered last week as the third-best offense in the NFL. As a result, the team needs to get back to that offensive production from previous weeks.

The focus needs to be present now more than ever as the Raiders are three games back of Kansas City in the AFC West and 1.5 games back of New England, who hold the No. 8 seed in the AFC Playoff Picture. 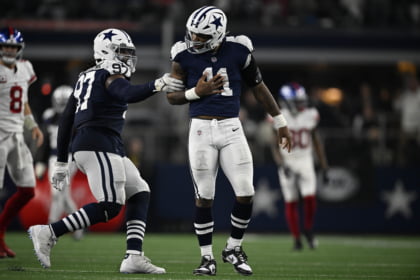 The matchup in the trenches

Most NFL games are decided at the line scrimmage and this should be no different.

The Jaguars’ offensive line has allowed 12 sacks, the third-fewest in the league. On the other side, Las Vegas has allowed 17 sacks in seven games.

In a rematch against edge rusher Travon Walker, having faced the No.1 pick in the Hall of Fame game, it represents a test for the Raiders offensive line. It will also be an opportunity for Las Vegas to dominate at the line of scrimmage, helping out its rushing attack.

One testament to the Raiders’ front is their ability to avoid negative plays. Entering Week 9, Las Vegas has the fewest rushes of zero or negative yards (25).

With the Jaguars moving running back James Robinson to the New York Jets before last week’s NFL trade deadline, it has led to the Raiders primarily preparing for second-year rusher Travis Etienne.

With the recent success of running back Josh Jacobs, it sets up a pivotal matchup in the run game on both sides.

Both Jacobs and Etienne rank inside the top 10 in rushing yards this season.

This is a one-on-one matchup to watch and the production value in this game will challenge both defenses against the run.

This year, the Raiders have allowed the seventh-fewest yards while the Jaguars rank 12th.