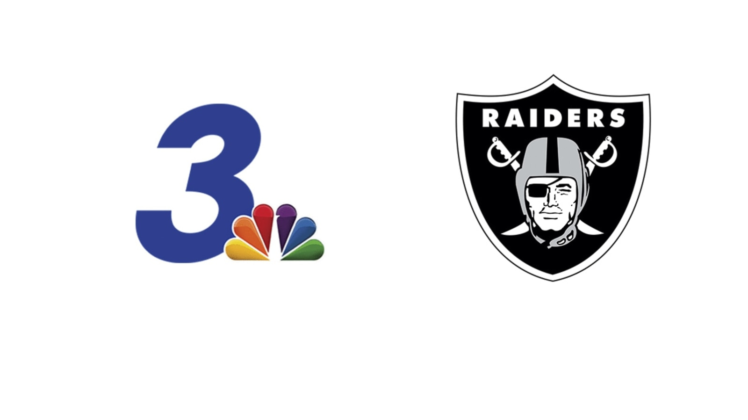 The Las Vegas Raiders are making their presence known in local media with a vengeance as the team continues to forge strategically vital media partnerships in one of America’s fastest-growing sports markets.

“The Raiders are excited to partner with News 3 to bring team coverage to fans in Las Vegas each week,” said Raiders President Marc Badain in a press release announcing the partnership. “News 3 will provide Raiders news and updates from training camp through the regular season and two Sunday Night Football games broadcast on NBC are among the highlights scheduled for Allegiant Stadium this season.”

According to the release, “News 3 will also feature Raiders content in their news and sportscasts, as well as integration into Thursday Night Lights on its sister station My LVTV. My LVTV will air 14 live local high school football games and provides a strong community and school district relationship with the Raiders.”

The partnership with KSNV is the fourth local television partnership announced by the team ahead of their first season at Allegiant Stadium in Las Vegas. The Raiders now have television sponsorship deals with KLAS-TV Channel 8 (CBS), KVVU-TV Channel 5 (Fox), and KTNV-TV Channel 13 (ABC). This is especially important as the Raiders go head-to-head with both the NHL’s Vegas Golden Knights and UNLV’s athletics programs.

The Raiders, by tying up all of the local television stations with exclusive content deals means they will dominate sports coverage from August through January in the local market. That doesn’t mean the beloved Golden Knights won’t get their share of coverage, but the Raiders will now clearly dominate – overwhelmingly – the local television market during their season.

The Raiders have yet to announce their local radio home, but an announcement is expected soon.

A majority of the Las Vegas Raiders regular season games will appear on KLAS (CBS) Channel 8 but several primetime games will be shown on everything from NBC to ESPN.