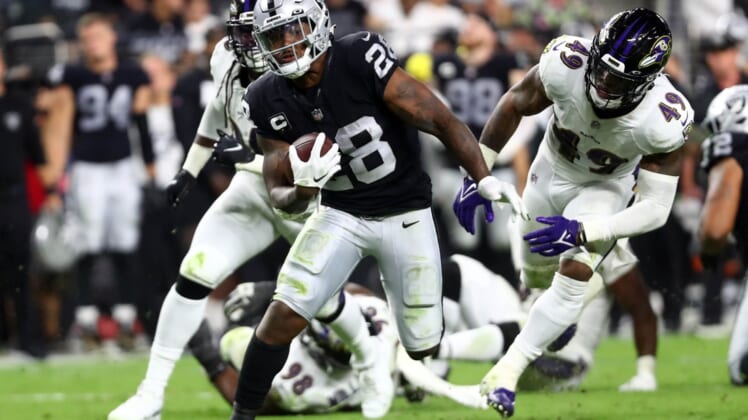 Las Vegas Raiders Pro Bowl running back Josh Jacobs returned to practice Thursday after missing the past two games with an ankle injury.

Also, Raiders RB Jalen Richard has been designated to return from injured reserve. He suffered a foot injury during training camp and missed the first three games. The Raiders have three weeks to activate him.

Jacobs was injured in the Raiders’ season-opening win over the Baltimore Ravens. He rushed for just 34 yards on 10 carries.

Richard, 27, has rushed for 1,293 yards in 77 career games (two starts), all for the Raiders. He has four career rushing TDs and three scoring receptions.