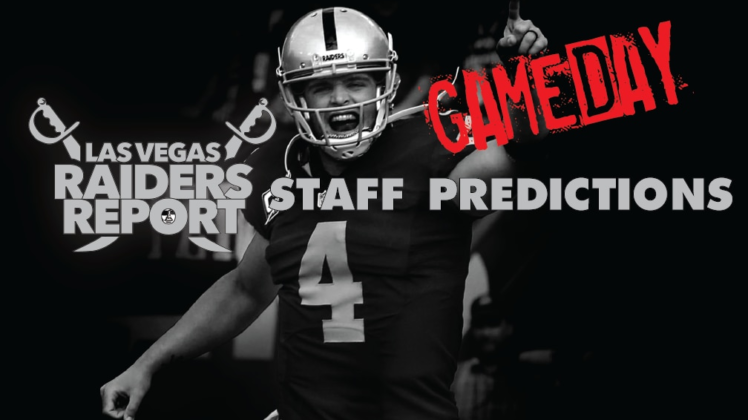 Each week the staff of the Las Vegas Raiders Report will give you our prediction for the final score of the Raiders game. With a staff full of former sports editors, sports writers, and gaming experts, here’s some informed picks for the week.

Here’s Week 3 vs. the Redskins predictions from the Las Vegas Raiders Report staff:

Long trip second time in two weeks is too much to handle. Plus, I don’t think Kirk Cousins will have third bad game in a row. Washington registers the upset.

I think the Raiders will have a pretty easy go of it in Landover. With a Top 2 offense, and a much-improved but young defense, I think Oakland has too much for the Redskins. The only way Washington pulls the upset is if the Raiders lose the takeaway battle. Washington is last in the league in two weeks in that category.

The Redskins improved run defense will give even the NFL’s best offensive line some fits. That will keep Washington in the game and make Raider Nation a bit nervous. Expect Amari Cooper to be the difference as the Raiders win – and cover.

Winning on the road in the NFL is no easy task. The Raiders talent will prevail but the game will be closer than most think. The national stage has a way of sometimes evening things out. Still, the Raiders prevail.

The Raiders have too much for the flat Redskins – despite home field advantage. I like the Raiders offense to dominate in this game throughout all four quarters.

Something tells me the ‘Skins will have a good game on offense. Even though the Raiders defense continues to improve, the road is tough. This will be a game that goes way over but the Raiders will prevail. Hail to the Washington Native American Skin Color Insults.

Norman should remove Amari Cooper from the game plan, and that Redskins run defense is for real. Look for Derek Carr to make a few mistakes that lead to points for the mediocre Washington offense. Samaje Perine should be able to get enough done on the ground to hold a small lead at the end of the game and keep the Oakland offense on the bench as time expires.