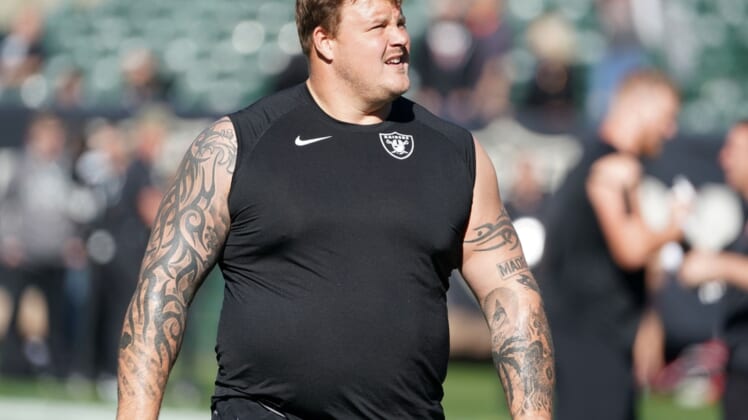 Over a week after being released from the team as a salary-cap casualty, the Las Vegas Raiders plan to re-sign four-time Pro Bowl guard Richie Incognito, NFL Network reported Wednesday.

Per the report, the Raiders will sign him to a one-year contract worth up to $2.62 million, including $1.1 million in guaranteed money. The move ended up saving the Raiders nearly $3 million in cap room in 2021.

Incognito played in only two games in 2020 before he was placed on injured reserve in September with a season-ending Achilles injury. Per a separate report last week, the 37-year-old Incognito has completely recovered and hopes to play next season.

After sitting out the 2018 season, Incognito signed a two-year deal with the Raiders in 2019 and started 12 games that season. He missed the first two games of the campaign while serving an NFL-mandated suspension for violating the league’s personal-conduct policy.

Incognito, whose past includes a well-documented bullying incident with former Miami Dolphins teammate Jonathan Martin, has 13 seasons of NFL experience. He also did not play during the 2014 season.

Earlier Wednesday it was three-time Pro Bowl center Rodney Hudson who was a cap victim, with the Raiders dealing him to Arizona for a third-round pick. The team also re-signed tackle Denzelle Good on a two-year, $8.36 million deal, per NFL Network.

The Raiders have spent most of free agency attempting to upgrade their defense, which allowed 29.9 points per game in 2020 (third-most in the NFL). They reeled in DT Quinton Jefferson on Wednesday and before that added several other free agents on the defensive line — including Yannick Ngakoue (two years, $26 million), Johnathan Hankins (one year, $3.5 million) and Solomon Thomas (one year, up to $5 million). They also re-signed linebacker Nicholas Morrow on a reported one-year, $5 million deal.